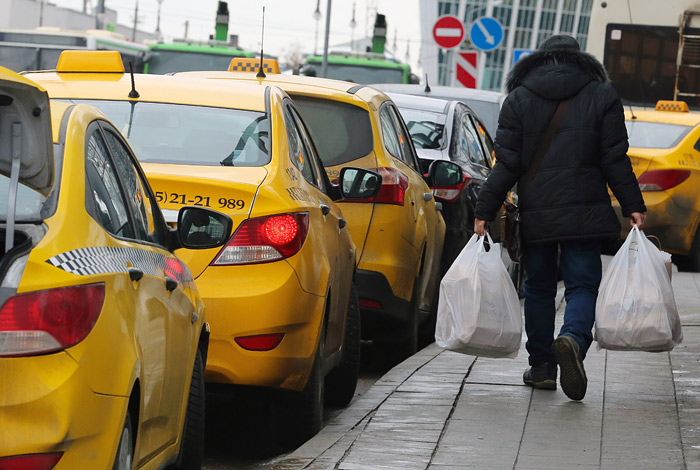 Moscow. March 22. Volume of Russian market of taxi by the end of 2015 amounted to 441 billion rubles, according to the study of the Analytical center under the government of the Russian Federation.

The index was estimated depending on the average ticket. Thus, the revenue of taxi services in Moscow and the Moscow region amounts to 181 billion with a daily revenue of 7.3 thousand rubles by taxi. In St. Petersburg the annual revenue of the taxi amounted to 52 billion rubles, while average purchase six thousand.

Speaking about dynamics of the industry, a leading analyst of the centre Nikolay Sevastyanov said that during 2010-2015 revenues increased by 85%, while the increase in the number of taxi drivers for 2010-2014 20%. This growth was associated with the liberal approach to the regulation of the market currently, Sevastyanov noted.

Only officially works 338 thousand taxis, with the number of drivers is about 370 thousand the Number of taxi in the Moscow region is estimated at 85 thousand, in St. Petersburg – 30 thousand In related fields, the market generates another 26 million jobs.

The shadow revenue of the industry is estimated at 116,4 billion, the number of illegal taxis in 118 thousand for the legalization of shadow sector of potential tax revenues may be approximately 6,98 billion roubles a year in the application of the tax, or about six billion rubles for the use of the patent system, analysts say.

Shadow revenue of taxi in Moscow is estimated at 21.8 billion rubles, the number of illegal vehicles is 22 thousand, but it decreases from year to year due to aggregators who work with legal drivers. In St. Petersburg the shadow income taxi is estimated at 12.6 billion rubles for eight thousand illegal taxis.