Retail “daughter” VTB will remain as a legal entity without absorption of the parent structure, said the head of VTB Andrey Kostin at the Congress of the Russian Union of Industrialists and entrepreneurs. 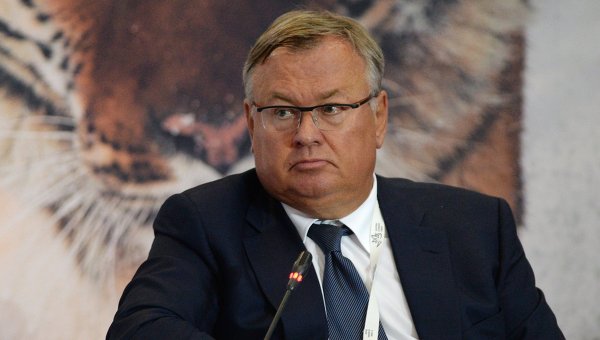 MOSCOW, 24 Mar. “VTB 24” retail “daughter” VTB, in the next three years will remain as a separate legal entity without absorption of the parent structure, told reporters the head of VTB Andrey Kostin on the sidelines of the forum of RSPP.

“For the next three years, I think probably Yes. We’re just now working on a roadmap, which should satisfy including me as team leader (VTB — ed.)”, — said Kostin on the question of whether there is “VTB 24” as an independent legal entity.

“As a legal entity will remain, but without the functions of support,” he explained.

Earlier media reported that “VTB 24” and “VTB the Capital” will lose their own support services — legal, IT, security, etc.

The flagship resource of the MIA “Russia today” — the Agency — has become the General information partner of the Russian business Week 2016, which runs from 21 to 25 March in Moscow. On the Agency’s website and plasma screens at the event available main news of the Week business, economic news and most vivid pictures of key events of the Week.