At the meeting of the Commission on monitoring foreign investment, the Russian Prime Minister said that he discussed with the head of “Rosneft” prospects of cooperation with Indian partners. 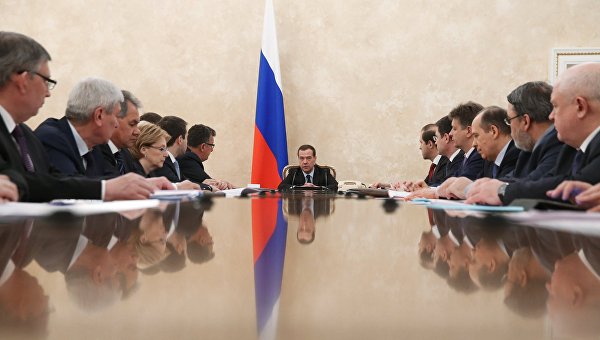 MOSCOW, 24 Mar. Prime Minister Dmitry Medvedev met with President of “Rosneft” Igor Sechin, the participation of Indian partners in the company’s projects, perspectives and goals that can be delivered.

“In the case of a decision by the end of the meeting the presence of Indian companies in our economy will expand, will increase the portfolio of oil assets to ONGC and “Vankorneft”, in the field of exploration and production of hydrocarbons”, — said Medvedev, opening the meeting of the Commission on monitoring foreign investment in Russia.

“Now it is discussed with the head of “Rosneft” Igor Sechin, the prospects were discussed, goals that can be delivered. I think that this is an important area of our cooperation”,- added the Prime Minister.

Last week “Rosneft” has signed with Indian companies, a number of documents involving the increased participation of foreign partners in projects of the company. In particular, Rosneft, Oil India, Indian Oil and Bharat Petroresources have signed an agreement on the basic conditions of acquisition by the group of Indian companies to 23.9% stake in JSC Vankorneft is developing the Vankor oil and gas field.

In addition, “Rosneft” has signed with ONGC Videsh Limited a Memorandum of understanding involving the possible purchase by an Indian company an additional 11% in “Vankorneft”.

Rosneft also signed with Oil India, Indian Oil and Bharat Petroresources the contract of purchase and sale of 29.9% stake in LLC “TAAS-yuriakh oil and gas”.