The cargo ship “Lyra”, which went under the Panamanian flag crashed into a pillar of the temporary bridge structure, erected in the construction of a bridge across the Kerch Strait. 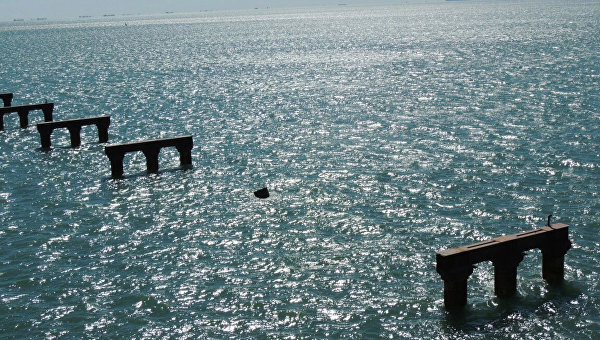 ANKARA, 24 Mar. The cargo ship “Lyra” that damaged a bearing support structures for the construction of a bridge across the Kerch Strait, is not applicable to the company Turkuaz Shipping Corp., said the head of the branch port operations company Cemal Kaya.

Earlier it was reported that the cargo ship “Lira” Turkish companies Turkuaz Shipping Corp., sailing under the Panamanian flag crashed into a pillar of the temporary bridge structure, erected in the construction of a bridge across the Kerch Strait, the pile supports were bent. It was also noted that the captain of the cargo ship is a citizen of Turkey. Soon the law enforcement source said that investigators opened a criminal case on the fact of collision of a bulk carrier with a support structure, and the court banned the release of the vessel from the port of Taganrog. Interim measures in the form of arrest is required for subsequent recovery of damages in court. In addition, the “ship owner filed a Maritime claim of damages, as evidenced by the stamp of the insurer of the vessel from 22 March 2016”.

“Vessel “Lira” in our company is not listed, we checked all our documents and made sure of that. There must be some mistake,” said Kaya.

In the information center “Crimean bridge” reported that the incident will not affect the progress and timing of construction of the Kerch bridge. In the Federal Agency of Maritime and river transport said that work on construction of the bridge across the Kerch Strait do not affect the passage of vessels. Calls to the Embassy of Panama in Russia in connection with the incident, as reported by the diplomatic mission, was not.

Kerch bridge will be the longest in Russia. The construction of the car and start the traffic planned in December 2018, on rail in 2019.