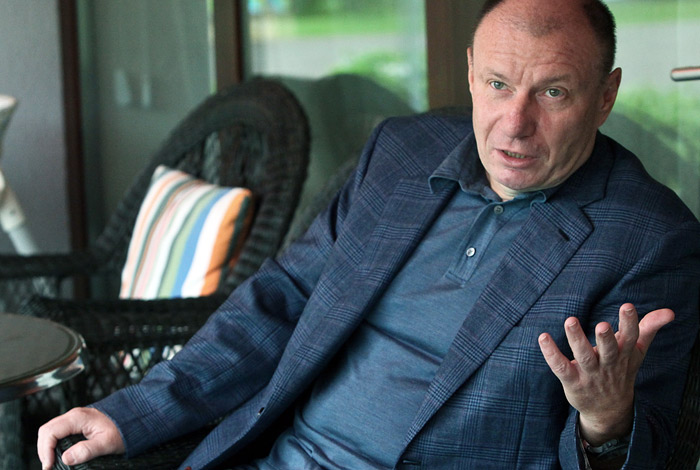 Moscow. March 24. Holding “Interros” Vladimir Potanin is exploring the possibility of participation in privatisation of state assets, but not interested in “oil industry”, the businessman told journalists.

“We on this final no action was taken. We are studying, but to name a specific asset, which we are particularly interested in, I can’t,” he said.

He did not specify, as in the case with ALROSA. In 2013, Interros studied the possibility of participation in the IPO of ALROSA, during which 14% of the shares of diamond digger have been posted on the Moscow exchange.

Potanin gave a negative answer to the question whether he oil assets, in particular, “Bashneft”. “Every company needs to take a responsible approach to management potential that it possesses. Not be taken, roughly speaking, for large problems, for which there is no resource,” he said.

He said that now “nearly 100% of their time pays a management “Norilsk Nickel” not doing “Interros”.

The economic plan of the government for 2016 provides for replenishment of budget revenues due to the privatization of certain government assets, is currently discussing the exact list of companies, among which have been already mentioned “Rosneft”, “Bashneft”, OJSC ALROSA and VTB Bank.