Innovation center “SKOLKOVO” Foundation and “Inpractice” agreed to cooperate, said senior Vice-President on innovations of SKOLKOVO Foundation Vasily Belov. A joint action plan approved in the summer of 2015, he said. Natalia Popova, Deputy Chairperson of Fund “Inpractice”, redirecting the correspondent in a press-service. The representative of the press service of “Inpractice” failed to promptly comment on the request.

The main areas of cooperation — consultation and assistance in establishing laboratory infrastructure Technological valley of the Moscow state University (MSU valley; see the insert) and “synchronization priorities for the most efficient use of funds,” said the representative of the press service of the Fund “SKOLKOVO”. In addition, experts “SKOLKOVO” will have “Inpractice” assistance in legal support of transactions, registration of patents and licensing agreements, to ensure access to foreign markets, the agreement.

Financial cooperation at this stage is not assumed. The aim of cooperation is now “the joint organization support of entrepreneurs” and “effective use of public resources”, said the representative of the “SKOLKOVO”.

The first major joint project “SKOLKOVO” and “Inpractice” will be a scientific conference of the IASP (international Association of technology parks and zones of innovative development), said Belov. The conference budget is about 100 million rubles, and it is organized by the SKOLKOVO Fund, the Moscow government and the Moscow state University, said the representative of the Fund. The event will be held in September 2016, the organizers expect about 800 delegates from around the world, said Belov.

What is valley of the Moscow state University

The concept of the Technological valley of the Moscow state University since 2013 develops NCBs under the brand of “Inpractice”, he wrote. The NCO is headed by Katerina Tikhonova, attributable, according to Reuters and Bloomberg, the daughter of President Vladimir Putin. In October 2015, answering the questions of “Interfax”, Tikhonov said that the task of “Inpractice” is to collect opinions and wishes and organize information about the future of the valley of the Moscow state University.

The area of the future campus of MSU in the area of metro station “University” — taking into account the already built and under construction objects will be about 1 million sq. m. In the valley floor will accommodate housing for different purposes — laboratory and pilot production, residential complexes and facilities for sport and recreation, Museum space and conference facilities, academic buildings and other facilities for the needs of MSU, wrote.

In December 2015, it was reported that the Center for science and innovation (CNIO) for infectious diseases and functional genomics, which is part of the SKOLKOVO Institute of science and technology (Skoltech), in 2016 will be developed mainly on the basis of the Moscow state University and later enter into the composition of the biomedical cluster of the valley of the Moscow state University, wrote. Sources then said that MSU and the University are already conducting joint programs, including a biological, and a part of these programs is jointly “decided to transfer to MSU that they had one master.” 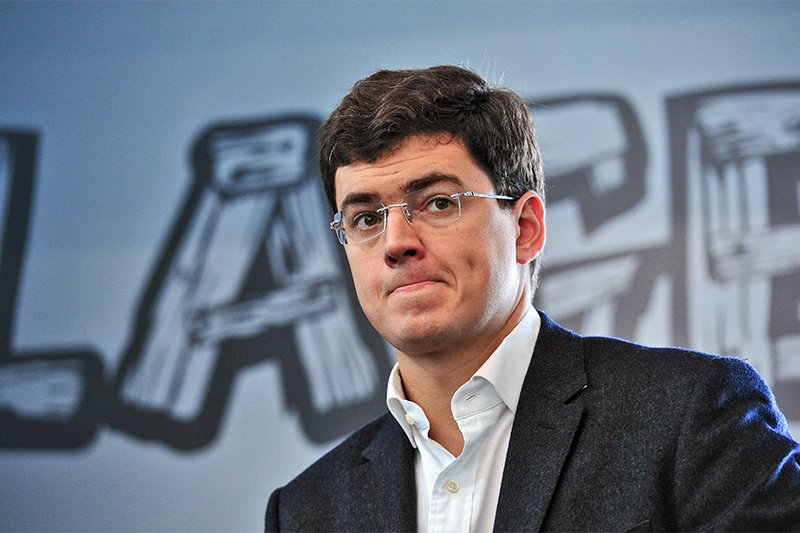 Vasily Belov, senior Vice-President on innovations of SKOLKOVO Foundation, told about the attitude of the Fund to the law on Technological valley of the Moscow state University and collaboration with the NPO “Inpractice”, the “SKOLKOVO” in China and changes in the budget.

— The other day held a Council of Fund “SKOLKOVO”. What results announced at the meeting? How did the Fund’s budget for this year?

— We manage to reach the planned indicators. We have 17.5 thousand jobs at full employment, but it is an indicator of 2017. Revenues of the participants of the project “SKOLKOVO” has exceeded 53 billion roubles instead of the planned 10 billion rubles the Volume of attracted private investments amounted to more than 11 billion rubles, while the plan listed 12 billion rubles.

— How will this affect your plans? If I had to give something up?

— The program of construction of IC “SKOLKOVO” has not changed: it always consists of two parts — at the expense of state subsidies and private investors. Accordingly, those objects which we had originally planned to build through subsidies, will now be implemented by investors. This may be a slight time lag — it is necessary for us to raise funds. To date, we have already collected approximately 145 billion roubles for the construction of the infrastructure of the project (it is a sum collected for all time of existence of Fund “SKOLKOVO”. —).

We are behind in terms of current construction, but now we make up for on important projects for us. In the summer we will Commission “Technopark”. We expect that it will move about 250 start-UPS companies.

How to make “Technopark” and whom do you expect as residents?

— “Technopark” is the right creative space for entrepreneurial people of the warehouse, something similar to Artplay and “Arrow”. On the first floor will be the creative part, on the second lab. In April we plan, for example, to open a center airlines Boeing — Academy pilots, where pilots are taught to make decisions in crisis situations.

— In the past six months, you are working closely with the “Inpractical”. In what areas?

— About the beginning of cooperation we agreed in the summer of 2015. In September we are implementing the first large joint project — will hold a scientific conference of the IASP. In addition, together with the “Inpractical” we held several contests. At the faculty of computational mathematics and Cybernetics (BMK) Moscow state University, we created an applied research center for computer networks — I hope it will be placed in the “Technopark”. I also want to do a joint program in information technology.

— How do you feel about the bill on technological valley?

— It creates great opportunities for innovation in the regions. This initiative we support. The question is, how such projects are easier to manage and how to administer them. This issue should be addressed by the government. The draft law deals not only with MSU. But if MSU gets into the pilot part, then it’s good.

— You help “Inpractice” to develop the concept?

— MSU is absolutely independent project, but we are ready to share the experience. As I understand it, the valley is completely different of the ideology of the project: the first big difference from our Foundation — the presence of leading support of the University, while we cooperate with all educational institutions. The second difference — in the valley will be developed projects for major customer, and our environment — small business. The beauty of this project is that it is not similar to our Fund.

— In the fall of 2015, the Foundation announced the establishment of representative offices in China. Are there any first results?

Is very large in ambition and very difficult to execute the project. Many tried to work in China, but few have turned out, so I don’t want to make. First, we worked in China on short visits, business trips. But this is not the country where this scheme will work: if you want to be here, you have to be here. Legally representation has not yet been established, but there is now a project Manager and my Advisor Vladimir Yuzhakov. He has long lived in China, worked in several firms, he has his own business, and he speaks the Chinese language. Initially, we chose 40 of our companies to list in China, eventually adopted nine.