U.S. Secretary of state discussed with the Russian Minister for foreign Affairs the situation in Syria and Ukraine. The meeting lasted nearly four hours. Later with Kerry and Lavrov will meet the President of Russia. 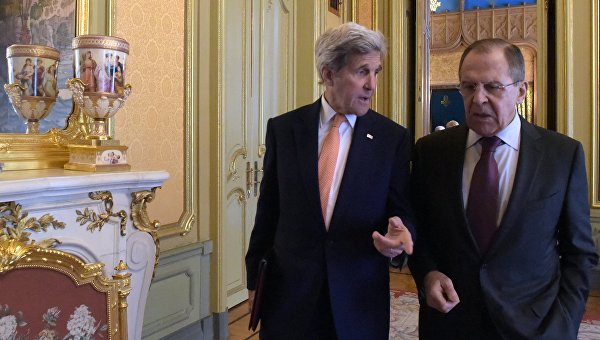 “Held long negotiations with foreign Minister Lavrov on Syria and Ukraine. Productive dialogue with an important partner,” he wrote on his Twitter account.

The meeting between Kerry and Lavrov continued for almost four hours, it discussed the issues of bilateral relations and topical issues on the international agenda, said the official representative of the MFA of Russia Maria Zakharova.

Later chapters Lavrov and Kerry should present to the President their opinion about how they see the further cooperation between Russia and the United States.

Kerry on March 23-24, is in Moscow on a two-day visit. This is the third year for the visit of the head of the American foreign Ministry in Russia. During the first two working visits to Sochi in may and in Moscow in December — Kerry held talks with Lavrov and Putin.