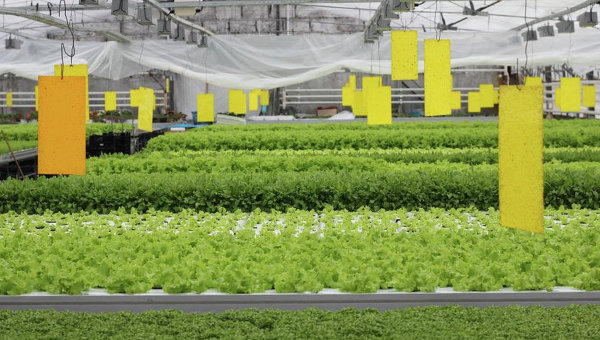 MOSCOW, 28 Mar. The Board of Directors of group “Rusagro”, one of the largest Russian agricultural holdings, approved the project for construction of greenhouses in the Tambov region, according to a press release from the group.

“The project involves the construction of a modern greenhouse complexes in the Tambov region with an area of about 100 hectares for year-round cultivation of vegetables (cucumbers and tomatoes), salad and herbs with powerful assimilation lighting over the entire area,” says the company. During the implementation of the project will focus on using the latest technology of growing plants in greenhouses.

The group plans to implement the automation of the management of the microclimate inside the greenhouses temperature, humidity and ventilation. The General Director “Rusagro” Maxim Basov during a telephone conference on Monday noted that the company is in the process of choosing the equipment supplier and the contractor, which could take several weeks. “To start construction in the summer we plan”, — he added.

Answering the question about the capital cost for the project near Tambov the top Manager indicated that the latest estimate of the value of the company amounted to 24 billion rubles. “There is no reason why this must change,” said Bass, adding that more accurately judge the capex will be closer to the summer, to the start of construction and completion of the tender for the supply of equipment.

Total capex “Rusagro” in 2016, according to Basov, will amount to 15-20 billion rubles. The main areas for investment will be the construction of the complex of meat production in the far East, the greenhouse complex and the development of sugar mills, which the group will purchase the “Razgulyai”.

The cultivation of vegetables in greenhouses is a new agro business. Now Rusagro is one of Russia’s largest producers of pork, sugar and fat production.