By 2018 it is planned to produce more than thirty of locomotives ТГ16М for JSC “Russian Railways”, reported the press service of the government of the Kaluga region. 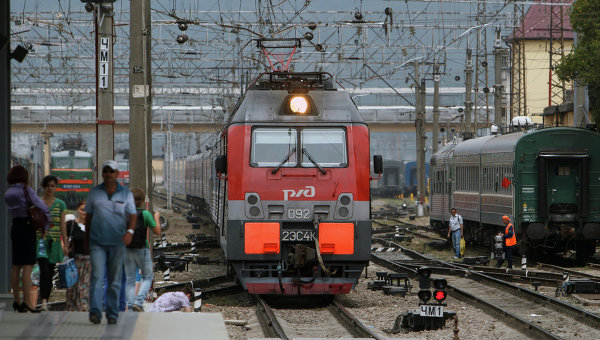 BRYANSK, 30 Mar. The serial production of locomotives ТГ16М for JSC “Russian Railways” will start soon at Lyudinovsky teplovozostroitelny plant in the Kaluga region, received a certificate for new product, reports the press service of the regional government.

JSC “LTZ” is one of the oldest industrial enterprises in the country and the Kaluga region. Since 2007 it is included in divisional holding of Sinara Group “Sinara-Transport machines”. The main customer of products — JSC “Russian Railways”.

“The certificate of conformity for the locomotive ТГ16М gives you the opportunity to start serial production at lyudinovsky plant already this year. By 2018 it is planned to produce more than thirty of these machines,” provides information of General Director of JSC “Sinara-Transport machines” Evgeny Gritsenko.

Long-term investment program of technical re-equipment of all production stages is implemented lyudinovskiy plant made the with 2011. Mastered serial production of new types of shunting locomotives, being developed more modern technology. Work on two-section mainline freight locomotive ТГ16М took almost three years. The locomotive has a high traction characteristics, allowing it to be used for the movement of freight trains to the large masses in difficult climatic conditions of the Far East.

“The holding of Sinara Group you have occupied a new niche in the production of railway equipment. Earlier the plant was producing shunting locomotives, now trunk. I am sure that every year your position in the market of such products will be more confident,” said the head of the region Anatoly Artamonov, this lack of engineers with the event.