In March in Harbin signed the agreement on creation Russian-the Chinese company for construction of the bridge Blagoveshchensk-Heihe. From the Russian side the agreement was signed by JSC “Most”. 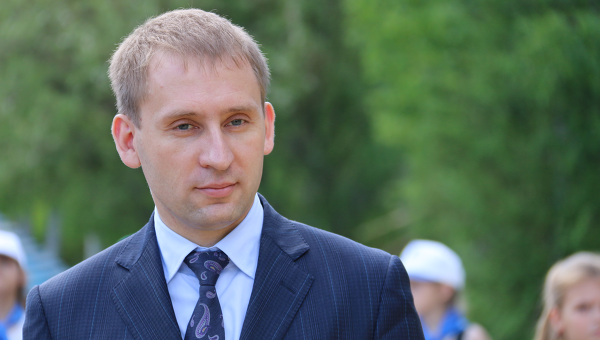 BLAGOVESHCHENSK, 31 Mar. Elena Tymoshenko. The Russian company “Bridge” may be one of the resident THOR “Amur”, reported in an interview with the Governor of the Amur region Alexander Kozlov.

In March in Harbin signed the agreement on creation Russian-the Chinese company for construction of the bridge Blagoveshchensk-Heihe. From the Russian side the agreement was signed by JSC “Bridge” (established by government of the Amur region).

“Cross-border crossing, the construction of which will deal with JSC “Bridge” component of a logistics center top “Amur”. It is clear that the need to establish infrastructure. If the state represented by us will be invested in the construction of roads, power, we’ll have to get some compensation then. Therefore, the company “Bridge”, whose founder is the government of the region, will be declared as one of the residents of this TOR,” – said Kozlov.

Under THOR “Amur” is the implementation of two projects. LTD. “Technology” realizes the project on processing of cement clinker (intermediate product in cement production — ed), according to Kozlov, the technical readiness of the project to 100%. The project is now in the stage of commissioning, tuning equipment.

The second resident of this TOR — LLC “Amur energy company” with the project of the Amur refinery.

“At the construction site of the plant started preparatory work: creation of infrastructure, development of the railway station Berezovsky-East, ends with the design of Wharf and road for delivery of oversize equipment to the plant site. Conducted exploration drilling on the acquired oil fields in the Republic of Sakha (Yakutia)”,- said Governor of the Amur region.

The composition of the TOR also includes a logistics centre that will become the bridge Blagoveshchensk-Heihe.

The full text of the interview is available on the website ria.ru 10.00