As a result, net profit of “Rosneft” in 2015 amounted to 355 billion rubles, said in the report. This was above analysts ‘ forecasts. 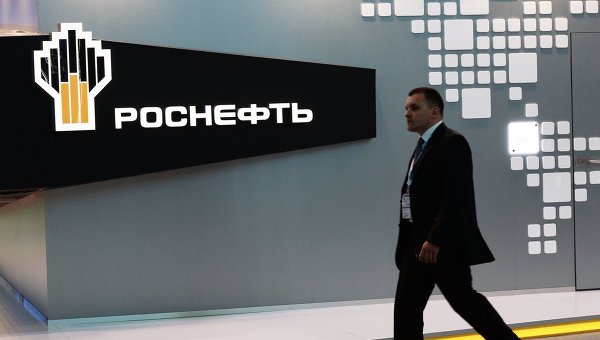 “Despite worsening market conditions, the company increased the volume of high-margin oil supplies in the Eastern direction (+18,5%), increased volume of gas sales (3,8%) and products of oil refining and petrochemistry (+1%). Rosneft managed to limit the negative effect of the decline in oil prices by 16.3% in rubles and by 47,3% in dollar terms in 2015,” notes the company.

In connection with strengthening of control over costs EBITDA last year increased by 17,8% and amounted to 1,245 trillion rubles. “EBITDA growth was helped by the cost control and effective management of the sales structure, quality improvement of the basket of manufactured products, and reduce the negative effect of time lag on export duties,” says the company.

Net debt of “Rosneft” in 2015 decreased by 47% and by the end of the year amounted to 23.2 billion dollars. “The decrease was due to repayment of a substantial part of short-term debt as a result of generation of operating cash flow and receipt of funds under long-term contracts for the supply of oil. Despite challenging market conditions, the financial position of the company remains stable. The ratio of net debt to EBITDA by the end of 2015 is 1.12 in dollar terms,” says the company.

For the fourth quarter of 2015 net profit “Rosneft” has decreased compared to the previous quarter by 2.1 times, up to 53 billion rubles. Revenue fell 7.7%, to 1,196 billion rubles due to the decrease in oil prices in ruble terms, as well as reducing the volumes of petroleum products. EBITDA in the period fell 6.4% to 278 billion rubles because of the accelerating rate of decline of oil prices (-11,1% in ruble equivalent).