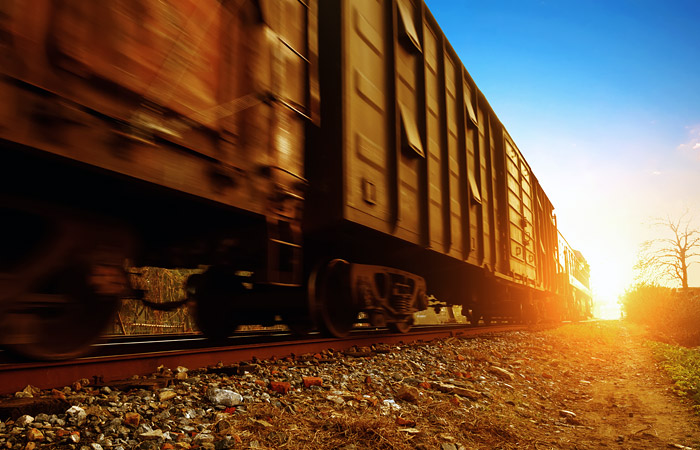 Moscow. March 30. The Federal Antimonopoly service (FAS) of Russia recommended that the JSC “Russian Railways”, as the owner of JSC “Federal freight company” (FGC), to organize an electronic platform for spot trading services for the transportation, write on Wednesday “news”.

“The goal is to enable the shipper to place the order directly on the electronic trading site of Railways. The first is aimed at attracting small and medium-sized shippers”, – the newspaper notes, citing the words of the Advisor to the head of FAS Pavel Shpilevoy. Recommendation is a behavioural condition according to the agreed office of a transaction involving the lease of Federal freight Park “UVZ-Logistik” (UVSL, a joint venture between Uralvagonzavod and its partners).

The monopoly will have to obtain on the site car Park Federal freight and other operators on non-discriminatory terms. “The cars involved on the electronic trading platform may receive a number of preferences: the discount on empty mileage and an automatic confirmation of the plan of transport,” – said Shpilevoy, adding that worked out and other incentive mechanisms. The timing of the launch of the electronic trading facility should be agreed with the service until the end of April. “Objectives of this site – optimisation of the infrastructure of Russian Railways, the simplification of ordering transportation for small and medium-sized shippers, as well as transparent pricing of services of cars”, – said the representative of the FAS.

The representatives of “Russian Railways” and “Federal freight company” did not comment on the publication requirements of the office to get the document. The staff of the two railway operators, the interviewed believe that the provisions of the Federal Antimonopoly service will play into the hands of FFC will create additional preferences.

Operator service is not just the provision of rolling stock for transportation, this is a whole complex of logistic solutions generated for a particular client, this service cannot be exchange goods, therefore, the output of cars on this site with the expectation of the spot segment is unlikely to become a mass phenomenon, said, meanwhile, the newspaper the representative of Transoil.

The source of “Vedomosti” in one of the largest companies-operators believes that the application of the FAS of preferences will lead to deformation of Mature, proven technologies the work on operators market. FFC will be able to get the tool for the correction of prices in the market: due to the size of the Park “daughter” Russian Railways can offer such pricing terms that are unavailable to small and medium-sized owners wagons – set lower prices, says the newspaper.

Another behavioral condition, which has exposed the authority, the FGC must be sent in advance to inform the service about the higher transportation cost is more than 7.5%, making it the economic rationale, the publication adds. The same recommendations would also receive other operators, told the newspaper the representative of the Antimonopoly service. When hiring cars UVSL FGC would come close to Russia’s largest owner of cars of JSC “freight one” (asset Vladimir Lisin) – and will overtake its number of gondolas, the most popular type of rolling stock, notice “Vedomosti”. At the beginning of 2016 in the Park “UVZ-logistics” with regard to financial leasing was 37,672 thousand cars (including 28 thousand gondolas and 9,5 thousand tanks). FFC managed 129,5 thousand wagons (gondola cars it has 98 thousand).