South Ossetian President noted that this issue plays a key role in politics of the Republic. Developed jointly with “Gazprom” the scheme will help to provide the Republic with gas in necessary volume. 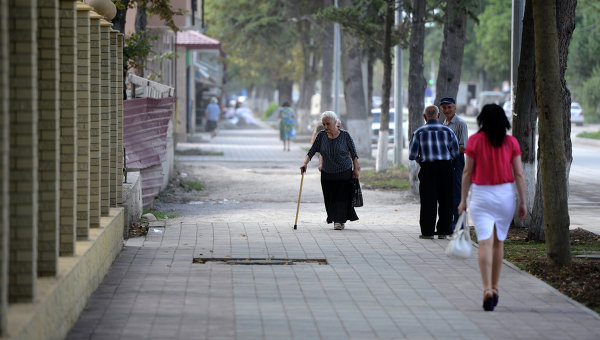 TSKHINVAL, 31 Mar, Dean Gassieva. The President of South Ossetia Leonid Tibilov and President of Board “Gazprom” Alexey Miller during the meeting discussed the issues of gasification of the Republic, informed the press-Secretary Statement of Ghana Yanovsky.

A working meeting took place on Thursday in the Central office of Gazprom in Moscow.

“At the meeting it was noted that the implementation of the General scheme that was developed earlier “Gazprom” will allow to fully provide the consumers of the Republic of mains gas. It was agreed to elaborate the issues concerning the further implementation of the program of gasification of South Ossetia, in particular, gas supply in rural settlements of the Republic,” — said Yanovskaya.

According to her, Tibilov during the meeting noted that this issue is important and a priority for the country. “The country’s leaders put a lot of effort decisions are important for the development of the economy of the young state of matter. We must ease the lives of our population in districts, villages. It will certainly give new impetus to the return of population to rural areas, development of important areas. Here we will save and the beautiful nature of our region”, – said Tibilov.

The President also raised the issue of the use of fiber laid in the Republic of Gazprom, in order to attract South Ossetia new Internet service providers. According to Tibilov, this will help to increase the capacity of a stream for consumers and create healthy competition in the market of South Ossetia.