Earlier it was reported that the primaries of “United Russia” will be held across the country on 22 may, applications for participation are accepted until April 15. 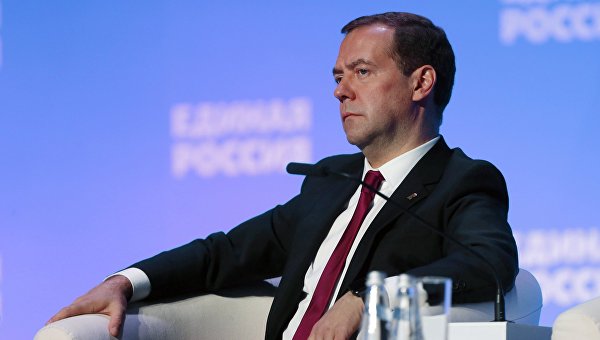 MOSCOW, 28 Mar. The procedure of the primaries is a good experience for candidates and on stage many participants of the election campaign can go the distance, according to the Chairman of the party “United Russia”, Prime Minister Dmitry Medvedev.

“I can say that much you are out of luck. Previously you could quite easily or at least less expensive to become a candidate from the largest political force, it was enough to have a good relationship with the party leadership, the leadership of the region, to be in the regional elite, that is, and now it’s not enough. And in order to become a full-fledged candidate from our party has to go through fire, water and copper pipes”, — said Medvedev, speaking at the forum “the Candidate” before the members of the party primaries.

The head of government stressed that the procedure of the primaries is a new experience for Russia and United Russia — the first batch of people who have decided to hold a preliminary vote.

According to him, for obvious reasons, the number of candidates might not pass the primaries that also in a sense is a definite experience.

“On the other hand is the experience, and the experience it is expensive — this may be the most important thing for every person, that is acquired only as a result of certain serious work. So all you candidates and you all have ahead of the debate. But this is also not the easiest thing,” said the Chairman of “United Russia”.

Elections to the state Duma of the seventh convocation will be held in September under a mixed system: half of deputies will be elected in single-mandate constituencies, the other half by party lists. Early voting (primaries) of the “United Russia” will be held across the country on 22 may, applications for participation will be accepted until April 15.