The Azerbaijani army is preparing to attack the capital of the unrecognized Nagorno-Karabakh Republic (NKR) Stepanakert (Khankendi Azerbaijan), reports Oxu.az with reference to the statement by the Azerbaijani defense Ministry.

From the statement followed that the Azerbaijani defense Minister Zakir Hasanov gave instructions to the missile and artillery forces to prepare for the application of “devastating blows to Khankendi and other occupied cities” (in Baku believe that Karabakh is occupied territory).

In a statement the Ministry of defence stresses that the instruction given in the case if Armenian forces did not stop shelling settlements of Azerbaijan. “Despite repeated warnings by the Azerbaijani defense Ministry, for its inhuman steps Armenia compels Azerbaijan to take adequate measures”, — stated in the text.

Earlier today, the chief Executive of Agdam region of Azerbaijan Ragub Mammadov said that the artillery of armed forces of Armenia on Monday allegedly fired at the village on the line of contact in Karabakh. 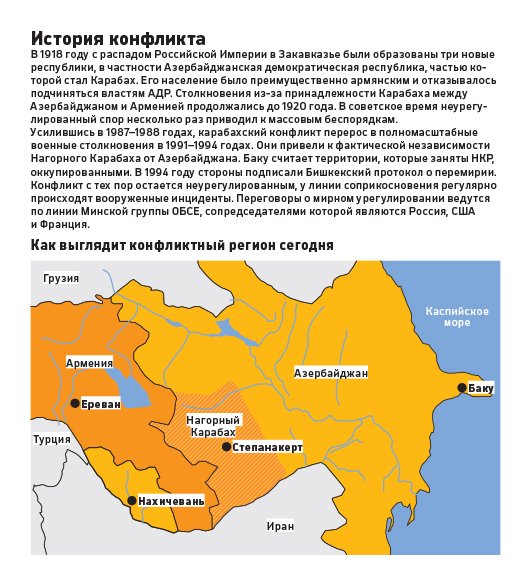 Earlier on Monday Armenian President Serzh Sargsyan said that intensification of the fighting in the conflict zone can lead to full-scale war. He said that the actions of the Azerbaijani military led to the deaths of civilians, including children.

Meeting with ambassadors of OSCE countries, Sargsyan warned that Yerevan will be forced to recognize the independence of NKR in the case that the fighting will continue.

The conflict in Nagorno-Karabakh escalated in the night of 2 April. The parties have accused each other of aggression. Baku and Azerbaijan declared about the hundreds of victims of the military from the enemy, and both sides of the conflict were denied information about their losses.

The NKR authorities said Monday that two days of losses of the Azerbaijani party made more than 200 people. The Ministry of defense of Azerbaijan in their reports confirmed the deaths of only 12 of its military. Azerbaijani Trend news Agency with reference to the statement of the Ministry of defense also reported on 4 April that as a result of retaliation by the Azerbaijani side, Armenia allegedly lost up to 170 soldiers and 12 armored vehicles. The President of Armenia Serzh Sargsyan on 2 April announced 18 dead and 35 wounded from the Armenian side.

According to the UN office for the coordination of humanitarian Affairs, the conflict has killed at least 33 people, more than 200 were injured.