As of April 4, was arrested 2,855 thousand tons of contraband food shipments, of which 2,709 destroyed thousands of tons, according to the Ministry. 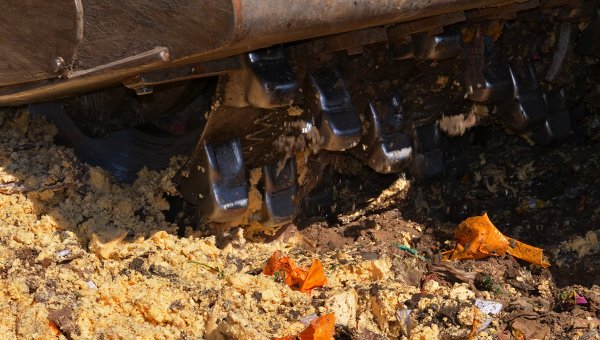 MOSCOW, 4 APR. The Rosselkhoznadzor from March 27 to April 4, destroyed 80 tons of plant products and 5 tons of animal products prohibited for import to Russia, the information on the Agency’s website.

According to Rosselkhoznadzor, as of April 4, was arrested 2,855 thousand tons of contraband food shipments, of which 2,709 destroyed thousands of tons. In addition, detained 191 tonnes of food products of animal origin, destroyed, 129 tons.

While as of March 27, the office was delayed 2,775 thousand tons of contraband food shipments and 186 tons of products of animal origin destroyed — 2,629 thousand tonnes and 124 tonnes, respectively.

The President of Russia Vladimir Putin at the end of July 2015 signed a decree about the destruction since August 6, products that are prohibited from importation under anticyclonic measures (the so-called food embargo). The government allowed to destroy such food by any legal means.

This measure does not apply to goods imported by citizens for personal use. According to Russian authorities, the sanctions destruction of products will help to reduce the flow of contraband food, which is imported into the country, as the smuggling becomes unprofitable.