As of this morning in the domestic gas storage is kept at 8.5 billion cubic meters, which is 50.2% less than stocks at the beginning of the heating season, said the press service of the Ministry. 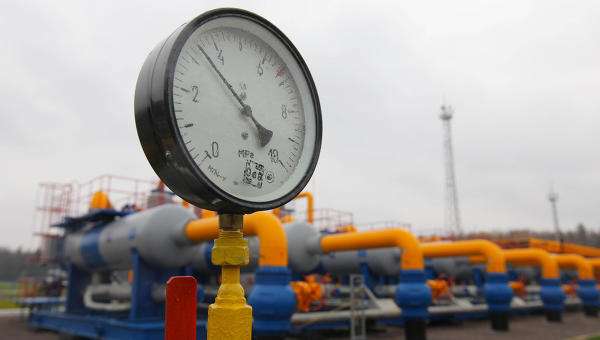 KYIV, 4 APR. The volume of gas in underground storages (UGS) of Ukraine as of April 4, is 8.5 billion cubic meters, during the heating season from storage was selected half of the stock of “blue fuel”, reports a press-service of the operator of the gas transportation system of Ukraine “Ukrtransgaz”, on Monday.

The head of “Naftogaz” Andrey Kobelev on 23 March noted that the company expects to commence the injection of gas into storage from April. The injection volumes are expected to be slightly below last year’s. He noted that due to the political crisis in Ukraine, the creditors of “Naftogaz” took a wait and see attitude, which may complicate the process of gas purchases in the new season.

“Naftogaz of Ukraine” on Thursday announced that it plans to resume the purchase of gas from Gazprom from April 1 because of unfavorable rates, but remains open to negotiations regarding the price of gas. Earlier, the head of the Russian Ministry of energy Alexander Novak said that on the expiry of the discounts on Russian gas for Ukraine will fully comply with the existing contract between Gazprom and Naftogaz.