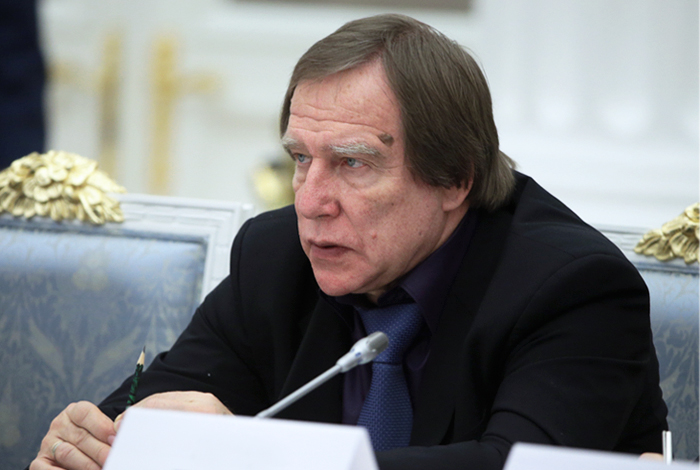 Moscow. April 4. Patterns of the minority shareholder of Bank “Russia” people’s artist of Russia Sergey Roldugin owned options on shares in holding companies – owners of large blocks of shares of KAMAZ and AVTOVAZ, says the report of the International consortium of investigative journalists (ICIJ) and the Center for the study of corruption and organized crime (OCCRP).

The investigation is based on documents Mossack Fonseca, a Panama Corporation providing legal and Advisory services to offshore companies and trusts. Excerpts from the report published by “Vedomosti”, the materials posted on the website of ICIJ.

April 04, 2016Панама promised to check the documents on the controversial offshore to fermentati read more

Speech, in particular, Cyprus Avtoinvest, which was previously controlled by KAMAZ and now owns slightly less than a blocking stake of shares. As appears from appeared at the disposal of journalists documents Mossack Fonseca, 2008 rights management Avtoinvest owned by the investment Fund “Troika dialog”, was given to the company Avto Holdings Ltd. In turn, 15% in Avto Holdings received Sonnette Overseas Roldugin, the report said. At Avto Holdings also was the “secret” option to purchase 100% of Avtoinvest for a nominal sum – $100 thousand, says ICIJ. A similar agreement, according to her, existed in respect of a share in “AVTOVAZ” (as in the case of “KAMAZ”, the structure of the “Troika dialogue” participated in “raskolotka” the ownership structure of the automaker). Now these agreements are no longer valid, it follows from the text of the investigation.

The main owner of “Troika dialogue” in the described period (later the investment Bank was sold to the savings Bank), Ruben Vardanyan stated that the transactions with the participation of Avtoinvest consistent with all applicable laws and regulations, and to specific questions ICIJ did not respond, noting the confidential nature of this information.

ICIJ describes several transactions involving structures Roldugin. So, in 2011, the company Sandalwood has provided $200 million Trading Cyprus Horwich, and then transferred the right of claim this loan for just $1 OVE Financial Corp. with the British virgin Islands. This company was the nominal owner Gloria Market, the ultimate beneficiary of which was listed Mikhail Lesin. Horwich Trading previously owned 2,33% of the Bank “Russia”, the beneficiary was listed as Julius Yiordamlis. In 2013, this package has passed to balance of JSC “platinum”, controlled by Mikhail Shelomov.

OVE Financial, in turn, transferred the rights of claim on credit for $200 million Panama International Media Overseas S. Roldugin, and again for just $1, according to the investigation.

At Horwich Trading was another Russian asset share in JSC “transsignalstroy”, the Board of Directors which was previously headed by Yevgeny Malov, a former minority shareholder of Bank “Russia”. Now “transsignalstroy” is in receivership.

Materials Mossack Fonseca follows that Roldugin through International Media Overseas has been a significant part in the selling of TV commercials “Video international”. In 2015 Roldugin gave 100% Belizean Media Overseas Financial Robertson, according to the materials. Vedomosti tried to figure out her beneficiary, but to no avail.

Previously, many media have published the documents of Panamanian law firm Mossack Fonseca, which became the property of the International consortium of investigative journalism. They contain data about the involvement of a number of famous world figures for tax evasion, money laundering and other frauds.In particular, in this list are relatives or close people of the President of China, President of Ukraine, the President of Azerbaijan, the kings of Morocco and Saudi Arabia, the Prime Minister of great Britain. It also included persons who, according to the publication, maintain friendly relations with the Russian President.

Last week the President’s press Secretary Dmitry Peskov has repeatedly talked about preparing from abroad “information stuffing” concerning Vladimir Putin and his entourage. “This is about Putin personally, it is about trying to reach his family information, it is about the childhood friends of Putin, businessmen (Kovalchuk, Rotenberg), we are talking about some offshore companies on a large number of businessmen, whom he never saw,” said Sands.