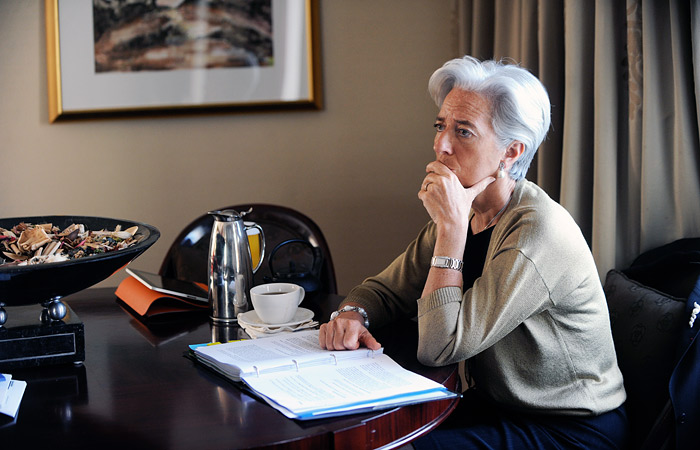 According to Lagarde, the expected “rotation of growth” from developing countries to developed did not happen, while negative factors are all greater. From an economic point of view we can speak about the legacy of the crisis in developed countries, the increased vulnerability of emerging markets, the slowdown in world trade, increased market volatility, heightened risks to global financial stability. Economic risks are aggravated by the socio-political challenges: terrorist attacks, epidemics, the growing number of refugees, she said.

“We are in a state of alert, not alarm, said the head of the IMF. If Central banks and regulators will be able to face the challenges and to work together positive impact on global confidence and the global economy will be significant”.

Lagarde sees the need for decisive action in three directions. First, accelerated implementation of structural reforms agreed within the G20 and in other formats. Second, fiscal policy needs to promote growth, increase efficiency and innovation in government spending; in some States there are possibilities of extending such measures, which should not be neglected, says the head of the IMF. Thirdly, we should not forget about stimulating monetary policy, has played an invaluable role in recovery.

According to Lagarde, all countries should strengthen cooperation on regional and international level and to prepare action plans in case of realization of the pessimistic script.

As expected, the IMF will affect the growth forecasts of the world economy in the April issue of World Economic Outlook (WEO), which will be published next week. The current IMF estimates for 2016 is equal to 3.4%.