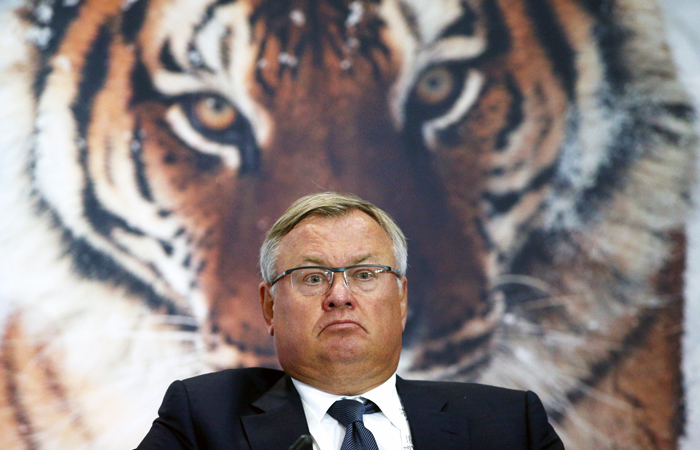 Moscow. April 7. Cypriot Bank RCB, the largest shareholder is VTB, never lend Sergei Roldugin and his company, said the head of VTB Andrey Kostin, speaking at the Congress of ARB in Moscow.

According to him, the RCB has advised the Central Bank of Cyprus about ready to check on those episodes that are mentioned in the international journalistic investigation on the basis of the so-called “Panama”.

RCB on the findings of the ICIJ report, Kostin called “absolutely false”. In his opinion, for this investigation were the special services – this, according to the head of VTB, according to information about the intention of American authorities to study the ICIJ information for possible further sanctions.

Earlier Kostin has already said that RCB was not able to disburse loans without collateral, and in his speech at the Congress of the ARB gave a detailed review on this topic.

“Russian banks in General act for the offshore financial operations, because for banks the less transparency, the less transparency, the more risks banks take on. Another thing is that the investigation of the so-called International consortium of investigative journalists, with the active support, certainly, foreign intelligence agencies, it has little to do with the program of fight against offshore companies”, – said the head of VTB.

“For example, in the situation that has developed around the Russian banks, I can say that everything it says is completely false in nature and has nothing to do with the truth,” he said.

Costin drew attention to reports that the US is considering using information ICIJ in order to clarify the sanctions measures against Russia and specific individuals.

“Having no clear information, without any data, the interests of the VTB group, Gazprombank, and Sberbank and the Bank “Russia”, that is, those financial institutions, which were already applied sanctions,” said Kostin.

“We are shareholders of the Bank RCB, which is included in the system of core banks in Cyprus. I can say that all arguments (and there are no facts), they are all false. For example, RCB never credited Mr. Roldugin or his firm. Although nothing bad against Mr. Roldugin can’t say, I don’t know him, there was no such fact that the Bank lent to him or his company. RCB never gave out unsecured loans, never failed sanctions, though, because those operations referenced Lord of investigative journalists, relate to the period 2009-2011, when there are no sanctions and there was no trace,” – said the head of VTB.

On Sunday evening the international consortium of investigative journalists (ICIJ) and the Center for the study of corruption and organized crime (OCCRP) published an investigation, which is based on documents Mossack Fonseca, a Panama Corporation providing legal and Advisory services to offshore companies and trusts. One of the Central figures of the Russian part of the investigation – the minority shareholder of Bank “Russia”, the cellist Sergey Roldugin, who has long-standing friendly relations with Vladimir Putin.

In particular, the report States that the structures Roldugin owned options on shares in holding companies – owners of large blocks of shares of KAMAZ and AVTOVAZ, which can be realized for a nominal amount.

The report refers to a number of transactions involving RCB the business logic which the authors of the investigation was questioned. Speech, in particular, loans issued in 2009-2010 Sandalwood company, the owner of which was listed as entrepreneur Oleg Gordin. According to Mossack Fonseca referenced by ICIJ, in 2009, Sandalwood took RCB to about $600 million, in 2010 – at least $350 million of the money the Bank lent was an unknown company with no security, the report said.

Sandalwood, in turn, issued from these funds loans on non-market terms with other companies – for example, Cyprus Horwich Trading (previously was an owner of a stake in Bank Rossiya, which in 2013 moved to the balance OOO “platinum” Michael Shelomova).