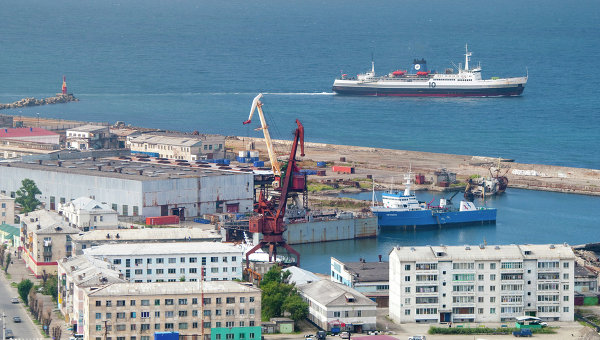 KHABAROVSK, 11 APR. The cargo turnover of the port Vanino (Khabarovsk territory) in the first quarter of this year exceeded 1.6 million tons of cargo, which is 36% higher than the same period last year, the increase was mainly due to increase in exports of coal, reported on Monday on the port website.

“In the first quarter of 2016 production complexes of PJSC “Vanino Port” has processed more than 1.6 million tons of cargo, which is 430 thousand tons more than in the same period of 2015. Export shipments exceeded 1.3 million tons, import 300 thousand tons,” according to the website.

It is noted that in the export structure dominated by coal, the handling of which in the first quarter amounted to 1.1 million tonnes, 42% more than in the same period last year. In addition to coal, a significant volume of exports also fell in the forest products — 160 thousand tons (an increase of 10%) and ferrous metals — 144 thousand tons (5% increase).

It is also reported that the volume of imported goods through the port increased by 58% in Russia was delivered about 300 thousand tons of goods. In the import structure is dominated alumina — 265 thousand tons.

“Dynamics of cargo turnover of the port suggests that the overall performance in 2016 can be better than last year”, is given in the message words of the General Director of the port Igor Prishchepova.

Vanino port is one of the largest in the far Eastern Federal district transport hubs, it brings together rail, sea and roads. Through Vanino goods are supplied in the North-Eastern regions of Russia, Japan, South Korea, China, Australia, USA and other Asia Pacific countries. The port processes coal, non-ferrous and ferrous metals, timber, lumber, ore, containers, vehicles.