For the first time in Russian history, Rosneft has bypassed “Gazprom” and became the most valuable company in the country. Nikita Krichevsky says why the oilers bypassed gas industry, despite the preferences of Gazprom. 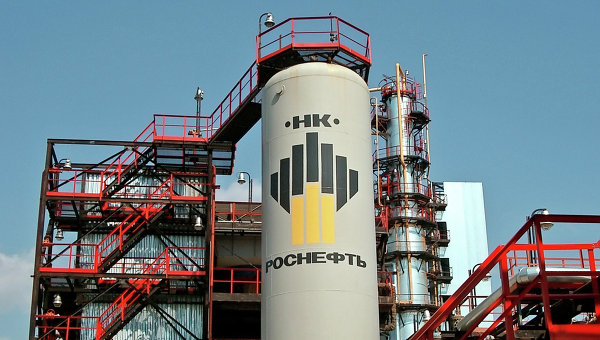 MOSCOW, 13 APR –. The Russian oil company “Rosneft” has bypassed “Gazprom” market capitalization due to the effective work of a powerful “technostructure” of the company, writes the economist Nikita Krichevsky in the column for the newspaper “Moskovsky Komsomolets”.

The expert notes that at the time the initial public offering of Rosneft shares on the stock exchange in 2006, the market capitalization of Gazprom was higher than the oil 152 billion. Since then much has changed, and changed in a positive way for Rosneft.

Most revealing were the last 12 months, when “Gazprom” have fallen in price on 1,5%, “Rosneft”, by contrast, rose by 26%. However, the economist believes that to compare these figures is not quite correct, and points to numerous preferences that has received “Gazprom”.

According to Krichevsky, Gazprom has always been in a privileged position – for example, in 70-e years the gas industry for almost 40 years, received a deep discount conditions for work within the country. In addition, they have inherited the choicest Soviet commodity assets, while Rosneft’s many assets had to be created from scratch.

Another factor worthy of attention is the geopolitical function of “Gazprom”. According to the economist, the company was perceived as a geopolitical tool, and received customs, tax and administrative preferences of the regulator and a monopoly on gas exports. Rosneft, in turn, these benefits had, working in a tough market environment.

Disparate and tax burden: in 2014, the oil industry has listed in budgets of all levels of 3.1 trillion rubles, becoming the largest taxpayer of the country. The current level of taxation Rosneft accounts for 61% of revenue from Gazprom – 30%.

In recent years Rosneft firmly held the leading position in cost effectiveness, which is of fundamental importance to cost. Operating costs of the company decreased by 32% compared with 2014, and free cash flow (FCF) of the company amounted in 2015 to slightly more than $ 12 billion. Gazprom, according to the Bloomberg consensus forecast, expected negative FCF until 2018.

The economist, citing the famous work of John Kenneth Hebraica “New industrial society”, highlights the important reason for the success of “Rosneft” is “technostructure” – groups of like-minded people consisting of managers, scientists, technologists, financiers and specialists in the field of communication that determine the success of the company.

“Today, perhaps, is obvious to all that in “Rosneft” this team is, and in “Gazprom”, as though it to tell more softly, was. For a very short period of time “Rosneft” has created a powerful management and “technostructure” staff, demonstrating the successful hard for the current geopolitical and macroeconomic conditions the results,” says Krichevsky.