Closer to the speed of light

About running Breakthrough Starshot Yuri Milner and renowned physicist Stephen Hawking announced Tuesday, April 12, at a joint press conference in new York. The Board of Directors of the project, in addition to Milner and Hawking, became also the founder of social network Facebook mark Zuckerberg. “I told Mark about the project, he was very interested now and thus decided to Express their interest,” said Milner in an interview . The Breakthrough Starshot appointed Director Pete Worden, former head of the research center NASA Ames Research Center.

Goal Breakthrough Starshot — launch of spacecraft to the stars at a speed of 160 million km/h. Side project called “mission” and specify that it can be implemented “within a generation”. Flying at this speed will allow you to reach the star alpha Centauri, which is at a distance of more than 40 trillion km (4,37 light years) in about 20 years after launch, while the fastest existing spacecraft able to fly to alpha Centauri in 30 thousand years.

At the initial stage, the program provides funding for research and development, which should confirm the concept of using pulse light beam to disperse the space neaparat (it weighs a few grams) up to speed in 20% of the speed of light [300,000 km/sec], the report said Breakthrough Starshot. In other words, we are talking about creating a machine that will move in space with “light”, photon sails the size of several meters and a thickness of a few hundred atoms.

“For the first time this method of interstellar travel have proposed a disciple of Konstantin Tsiolkovsky, Friedrich Zander, who tried to patent in 1926, but his patent was not accepted on the basis that it looked a little futuristic,” said Milner. The first photon sail, which has been tested in space, also Russian history, he added: in 1992 on the space station “Mir” was deployed solar sail of 20-meter-wide “Banner-2”.

“The earth is amazing and beautiful place, but maybe it will not last forever. Sooner or later we will have to go to the stars” — said Hawking. According to him, Breakthrough Starshot — the first step to this goal. Using space nanopart you can take pictures of possible planets in the system and to collect scientific information and send it to Earth for further study, it is possible to detect the asteroid at a considerable distance from the Ground and to develop new tools for exploration of the Solar system.

The investment of $100 million Milner will invest from own funds: money will be spent on the research grant programme, the terms of which will be announced later. “Now we have about 20 prospective subjects, and they roughly correspond to the topics on which to go for funding,” — said the investor.

To build the spacecraft is not a problem now, says Milner. One of the main challenges is building in a mountainous area ground-based light system of about 1 km, as well as the generation and storage of several gigawatt hours of energy required for each run. “This $100 million in the first phase — mainly investment in research and development, the object itself should cost two orders of magnitude more expensive, comparable to the largest scientific experiments,” said Milner. In particular, the project of the Large hadron Collider, installed at the European center for nuclear research (CERN), cost about €7.5 billion Milner expressed the hope that if the trials are successful, the project will join other investors.

Investment in the project of a flight to alpha Centauri is not the first charitable investment of Milner in space research. In 2012 he established the annual award for outstanding achievement in the field of fundamental physics in the amount of $3 million a Year later — the award for a breakthrough in mathematics volume the same $3 million Milner also co-founded the prize for a breakthrough in the field of medicine, together with the President of the Board of Directors Apple Art Levinson, the founder of Google Sergey Brin and Zuckerberg.

In addition, in the summer of 2015 Milner announced that it is investing $100 million in the search for extraterrestrial civilizations. Stephen Hawking he called “the ideological leader of the project”. For investment in space research Milner has created a Fund with private participation — Breakthrough Prize Foundation, which gives awards in the field of science. The Fund has already signed contracts on the use of the Earth’s largest radio telescopes, including the Green Bank telescope in America and the Parkes telescope in Australia. The equipment also will be attached to servers and specially developed software.

Russian businessmen and the space 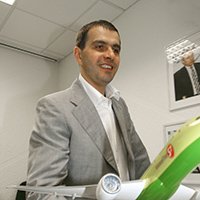 In March 2016, the newspaper “Kommersant” wrote that the owner of S7 airlines Vladislav Filev (pictured) may purchase floating cosmodrome Sea launch in the Pacific ocean, owned rocket and space Corporation “Energia”. The General Director of Roscosmos Igor Komarov confirmed the fact of negotiations with Russian investor, but his name is not called. According to “Kommersant”, the deal should be closed in may, and its size will amount to “billions of roubles“. 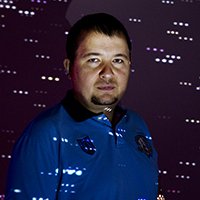 In 2011, the former co-owner of network of shops “Tekhnosila” Mikhail Kokorich founded the company “Dauria aerospace” engaged in the creation of small spacecraft. “Vedomosti” wrote that Kokorich and his Junior partners invested in the project about $10 million. In 2012, “Dauria” became the resident of “SKOLKOVO”. Since the summer of 2014, the company launched three experimental apparatus. Until 2014 “Dauria” were offices in Germany and the USA, but due to the deterioration of Russia’s relations with the West they had to close. 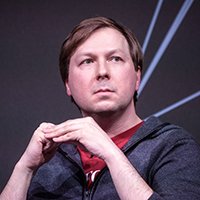 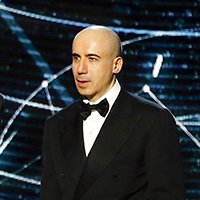 April 12, 2016 co-owner Mail.Ru Group and DST Global Yuri Milner announced that it will invest $100 million in the project which aims the creation of a spacecraft flying at a speed of 160 million km/h. Such a device will be able in 20 years to reach the star alpha Centauri centre closest to Earth star systems. Earlier Milner had already invested in space projects. So, in 2015 he decided to invest $100 million in the search for extraterrestrial civilizations.