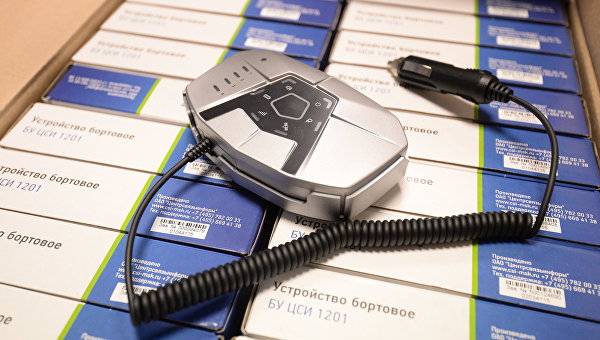 Russia’s constitutional court examines on Thursday, the issue of compliance with basic law regulations, establishing fees for the passage of heavy vehicles on Federal highways within the system “Platon”. A complaint in the court addressed the 92 deputies of the state Duma from KPRF. The Communists believe that the payment through the system “Platon” (“fee per tonne”) is contrary to the Federal Tax code and does not meet the constitutional requirements of fairness, proportionality and feasibility. Applicants believe that the rules of such charges and the evasion of it should be established by Federal legislation and not by government decree, as was done.

“The analysis and formulated on the basis of legal arguments allow us to conclude, according to which the Federal legislator, according to the Council of the Federation, did not violate the constitutional criteria legally established taxes and fees in relation to non-tax levies,” — said Kucherenko at the meeting of the COP.

He noted that, challenging the constitutionality of the established administrative responsibility for the movement of heavy vehicles on the roads without payment or in violation of the payment procedure, the applicants justify the violation of the Constitution that such responsibility is, in their opinion, is set not by law but by decree of the government of the Russian Federation.

Meanwhile, this administrative responsibility under article 12.21.3 the administrative code, is established for violation of the provisions of Federal law, he said.

Kucherenko also stressed that the Board is in the system “Platon” is essentially a non-tax payments intended for the financial reimbursement of costs for repair and maintenance of roads in order to recover damages in connection with causing the automobile roads of Federal value by vehicles, having the resolved maximum weight over 12 tons. It has the focus, because it’s designed to reimburse specific expenditures of public authorities for maintenance, repair, reconstruction and building of Federal roads, said the representative of the Federation Council.

He recalled that the COP has previously recognised the normative legal regulation of payment not inconsistent with the Constitution of the Russian Federation on the ground that the General principles of taxation in this collection and some of its essential features, in particular, payers, object of taxation and taxable base is set directly by law.

“The contested provisions of Federal law set such essential features of the boards” — said Kucherenko.

He also noted that the law “On motor roads” defines the range of issues on which the government is entitled to adopt normative acts in the sphere of road sector. —0-