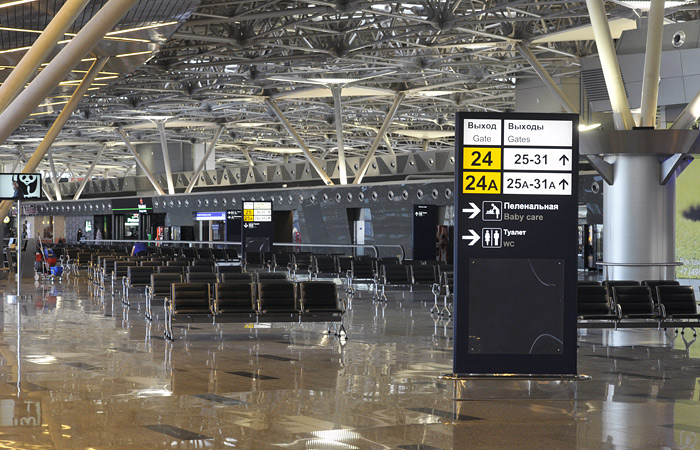 Moscow. April 13. The largest creditor “Vnukovo” has addressed the government with a proposal to restructure the debt of the airport, which faced difficulties amid of several negative factors. Instead, the Bank asks for “Vnukovo” guarantees: financial guarantees and passenger traffic.

As reported by an industry source, in late March the head of the Bank of Moscow (part of VTB group), Gennady Soldatenkov wrote to first Deputy Prime Minister Igor Shuvalov. The writer recalls that in 2012 the Bank of Moscow has granted the JSC “Airport “Vnukovo” the seven-year loan of ten billion rubles for refinancing of loans for the construction of airport facilities, as well as repayment of the debt to the contractor. The credit agreement provided for preferential terms, including rate of 10.95% per annum, the letter says. At the same time the payment of interest at the request of “Vnukovo” has been repeatedly postponed.

Now total debt “Vnukovo” in front of the Bank of Moscow, including accrued and unpaid interest in the amount of 1.4 billion rubles., including arrears of the company “Transstroimost” (the main contractor for the construction of terminal “A” of airport affiliated with JSC “Vnukovo Airport”), equal to 11.9 billion rubles, Soldatenkov says.

At the end of last / beginning of this year the financial state of “Vnukovo” has deteriorated significantly, says the head of the Bank of Moscow. There are several reasons – the bankruptcy of “Transaero”, which provided more than one-third of the passenger traffic of the third largest airport of Moscow, the termination of air links with Ukraine and Egypt, ban Charter flights to Turkey. All these factors superimposed on the overall decrease in international flights due to lower passenger traffic abroad.

Some of the losses “Vnukovo” indemnified at the expense of the flights of the “daughters” of “Aeroflot” – “Victory” and “Russia”, but this is not enough. According to the forecasts of the company’s management, the revenue of the airport in 2016 will amount to RUB 5.1 billion (in 2015 – RUB 6.2 billion) and EBITDA of only 200 million rubles, said in the letter.

“In view of these factors, the company managing strategically and socially important hub in the Moscow region currently experiences difficulties in the timely fulfillment of its credit obligations to the Bank,” notes Soldatenkov.

The Bank of Moscow is ready to go on a complex restructuring deal, which involves extending the current loan, provision of additional loans to refinance the costs for the reconstruction of aprons airport and debts to other creditors. The Bank can provide “Vnukovo” one year grace period for the payment of interest and three-year – repayment of the principal. The aggregate amount of loans of 16.8 billion rubles, the term – up to seven years.

When this condition of restructuring the Bank calls the provision of state guarantees for 8.4 billion rubles, which will cover obligations with maturity after the first of January of 2019, the source said.

Another condition is a long – term guarantee of passenger traffic by subsidiaries of state-controlled Aeroflot. The Bank considers it necessary to have “Vnukovo” agreement with “Russia” and “Victory” on the use of the airport as a major transport hub in Moscow for 10 years. However and now for both companies to “Vnukovo” airport is the base, and, judging by the statements of the management of “Aeroflot”, the move in the near future should not wait. Including in the new airport “Ramenskoye”, which is free from the adjacent railway, which connects it with the center of Moscow, yet offers fares to the level of “Vnukovo”.

The head of the Board of Directors of JSC “international airport “Vnukovo” Vitaly Vantsev also has repeatedly stated that after the bankruptcy of “Transaero” the main hopes of replacing the departed together with the carrier of the passenger traffic connected with the “daughters” of “Aeroflot” (and “UTair”). However, agreements between airports and airlines typically run only a year, but with possibility of automatic prolongation, unless the claims or wishes of the parties to each other.

Comments in “Vnukovo” and “Aeroflot” to get so far failed.