On the forum of the popular front Russian President said he was not against to go to the nuclear security summit, but the Russian foreign Ministry advised him not to do it. 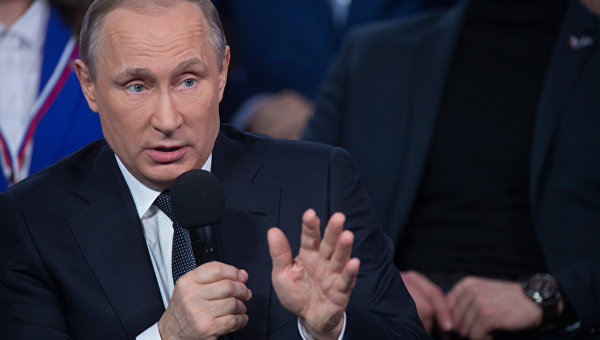 St. PETERSBURG, 7 APR –. The President of Russia Vladimir Putin stated that he was invited to the nuclear security summit but the foreign Ministry recommended to cancel the trip.

Putin added that at the summit he was personally invited by President Barack Obama.

“Frankly, I’d like to go, but our experts in the field of nuclear activities and the Ministry of foreign Affairs, however, it is not recommended to do that,” explained the President, speaking at a media forum in St. Petersburg.

The nuclear security summit held in Washington last week. His main theme was the alleged suppression of nuclear terrorism. It was the fourth and final in a series of such forums, which was initiated by Barack Obama. In the Kremlin the Russia’s refusal from participation in the summit explained “lack of interaction” with the U.S. on nuclear issue.