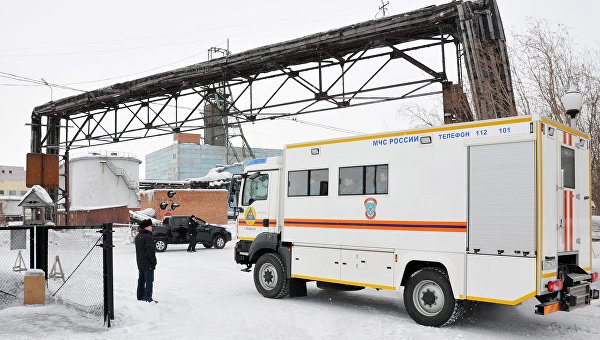 At the end of February in the Severnaya mine in Vorkuta collapsed at a depth of 748 metres. In mine there were 110 people, 80 of them were brought to the surface. In the following days in the mine occurred more than five explosions. 36 people died, including five rescuers. The staff on elimination of accident on mine “Northern” have decided about the localization and liquidation of fire in underground mines by spraying water. The timing of the completion of the flooding of an emergency site in may — July of 2016.

“Work on the flood emergency continues. Average water supply to underground workings (two external source and natural flooding groundwater) is about 90-95 thousand cubic meters per day. The volume of water delivered to the underground workings of the mine “North” from the start of operations is about 3.5 million cubic metres, or 50% of design to complete the operation, 6.8 million cubic meters”, — stated in the message.

According to the company, of 1049 employees of the mine “North” to date, 179 employees are engaged in work on liquidation of consequences of the accident, 570 people have already started to work in other departments of Vorkutaugol, the rest in process of transfer to other company facilities, on leave or on sick leave. The miners are paid a salary in accordance with their posts.