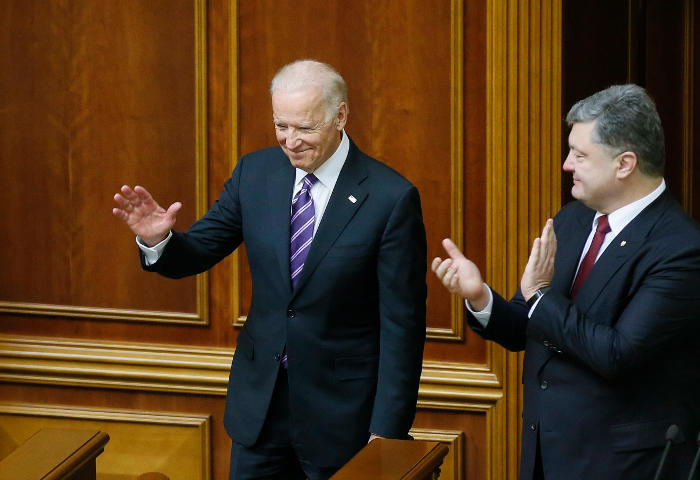 The report also said that Biden welcomed the formation of a new coalition in the Ukrainian Parliament and the government headed by Prime Minister Vladimir Groisman.

President Poroshenko stressed that the new government will continue the reforms, will actively cooperate with the IMF and to implement the Minsk agreements. In this context, Vice President Biden assured that the U.S. will continue to support Ukraine.

“In particular, it was agreed that in the near future will be signed an agreement on the allocation of the third tranche of credit guarantees in the amount of $1 billion”, – stated in the message.

The interlocutors noted the importance of intensifying the fight against corruption in Ukraine and the appointment of a new Prosecutor General.

The President also informed the Vice President of the United States about the deterioration of the situation in the Donbas and noted an increasing trend in the number of attacks Ukrainian positions, the report said.

“President Poroshenko and Vice President Biden once again urged the leadership of the Russian Federation to immediately release Nadiya Savchenko, whose health is worsening as a result of dry fasting”, – stated in the message.

On March 22, the Donetsk town court of the Rostov region declared Ukrainian pilot N. Savchenko was guilty of murder of Russian journalists Igor Kornelyuk and Anton Voloshin by a group of persons on preliminary arrangement on motives of hatred and enmity and sentenced her to 22 years in a General regime colony. The court also found her guilty of attempted murder and of illegally crossing the Russian border.

The sentence came into force on 5 April, the next day, Savchenko began a hunger strike, demanding his immediate return home.