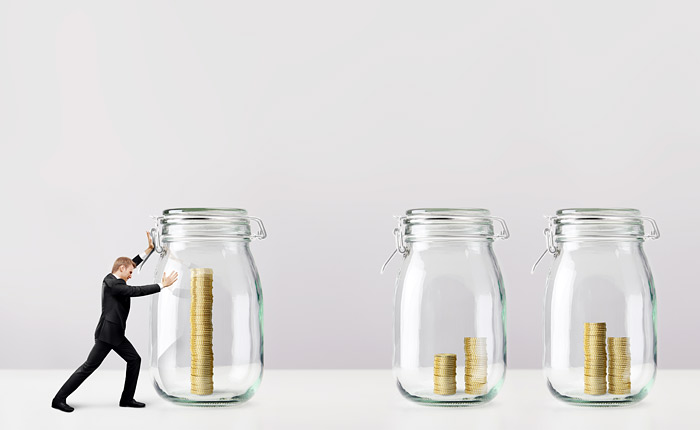 Moscow. April 15. For 2014-2015 due to exchange rate differences the national welfare Fund (NWF) increased by 1.8 times up to 5.2 trillion rubles. But the profitability of investing in the accounts of the Central Bank decreased in comparison with 2014: in USD – by 0.4%, the Euro 0.3%, the pound – by 0.9%, according to the monitoring the use of funds of the NWF conducted by the accounts chamber. The profitability of investing this money on rouble deposits in VEB was low – 6,48% with inflation at 12.9%, indicate the auditors.

The audit chamber, “Vedomosti”, and offers to work out the mechanism of investment from the national wealth Fund, as the money is invested inefficiently. For example, on the first of January 2016 from 50 billion rubles, listed on modernization of BAM and Transsib, was used Now only 3.7 billion it has already spent about nine billion rubles., said a person close to RZD, in 2015, the time was spent on the development of rules and requirements for expenditure of funds. Had to change the internal system of control of expenditure and to introduce new requirements to previously concluded contracts with suppliers, he says, the system is streamlined and funds are spent faster.

From 1,08 billion rubles allocated by the Russian direct investment FUND for the construction of “smart grids”, have been spent only 33.3% of the estimate of the chamber. Now invested more than 80%, know the person familiar with the review conducted by the accounts chamber, the project is moving on schedule.

The Ministry of Finance, according to his representative, together with the Ministry of economic development is looking for ways to improve the efficiency of use of funds of the NWF.