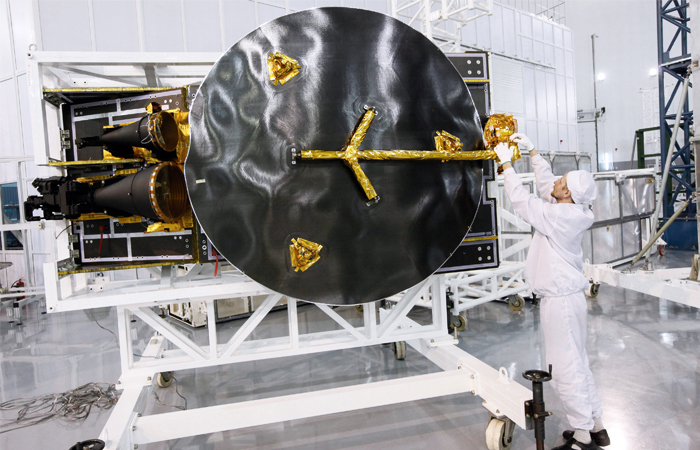 Moscow. April 15. A court in Paris released blocked by the former shareholders of YUKOS oil company funds that were intended for the Federal state unitary enterprise (FSUE) “Space communications”, the report said the company admitted on Friday “Interfax”.

“The bailiff of the court of major jurisdiction of Paris, on 15 April issued a decision to withdraw an arrest made by a Cypriot company Hulley Enterprises (former auctioneer of Yukos) on the amount of indebtedness of Eutelsat in respect of FGUP “Space communication” in the framework of commercial cooperation on satellites”, – stated in the message of the enterprise.

“Contrary to press reports, the arrests were not authorized by France or by a French court, but were carried out by former Yukos shareholders unilaterally in July 2015,” reads the press release.

“The Federal state unitary enterprise “Space communication” welcomes this decision and believes that this will strengthen relations between the companies of the FSUE satellite communications company and Eutelsat”, – stated in the message.

On 11 April, some media reported that in France seized $700 million owed to the Roscosmos, in the framework of interim measures in the Yukos case. Later, Russian Deputy Prime Minister Dmitry Rogozin said that France seized the money raised for the performance of services.

A day later the regional court of the city of évry (France) returned a verdict in favor of Roscosmos in the framework of the case about the arrest of the funds due to it from the Cypriot offshore company Veteran Petroleum, which is one of shareholders of Yukos. We are talking about those funds that were paid to Arianespace the Russian side for the work carried out in the framework of the Soyuz in GSC”.