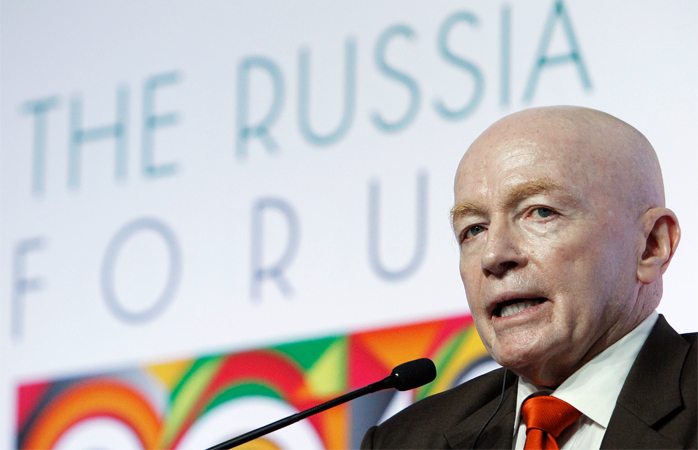 Moscow. April 15. The Russian stock market received a “double blow” because of international sanctions against Russia and falling oil prices, however currently the market offers a “deal of the century”, says well-known investor mark Mobius, considered a pioneer of investment in emerging markets.

“Russian stocks are very cheap, said Mobius in an interview with CNBC. The problem is that of sanctions. Many of us cannot invest in this market because of sanctions. When will they be removed, the market is waiting for good growth”.

The imposition of sanctions following Russia’s annexation of Crimea had a negative impact on the dynamics of the ruble and the economy as a whole. Russia’s GDP in 2015 decreased by 3.7% after rising 0.6% in 2014.

Mobius is not the only investor who sees potential in the stock market of the Russian Federation.

“Looking at the Russian economy, it becomes clear that the worst is behind us,” says chief Executive officer East Capital Karin Herne.

According to her, the consumer sector of the Russian Federation is quite flexible.

“Citizens of the Russian Federation continue to spend money. Less than before, but still this trend remains the same,” she notes.

After the recent upturn in the market is unlikely to abruptly acquire shares; however, securities of Russian companies are still very cheap compared to other emerging markets that attract a lot of brokers and investors, added Hearn.

Earlier this week, experts Credit Suisse announced a change in its position on the Russian stock market in favor of increasing the share of securities companies in its portfolio.

Experts note that the ratio of price/book value companies of the MSCI Russia index is only 0,67, which is 53% lower than the same indicator for companies in the MSCI Emerging Markets index. The Russian market, in their opinion, is currently the cheapest since September 1998.

The economic plan of the government for 2016 provides for replenishment of budget revenues due to the privatization of certain government assets, is currently discussing the exact list of companies, among which have been already mentioned “Rosneft”, “Bashneft”, OJSC ALROSA and VTB Bank.