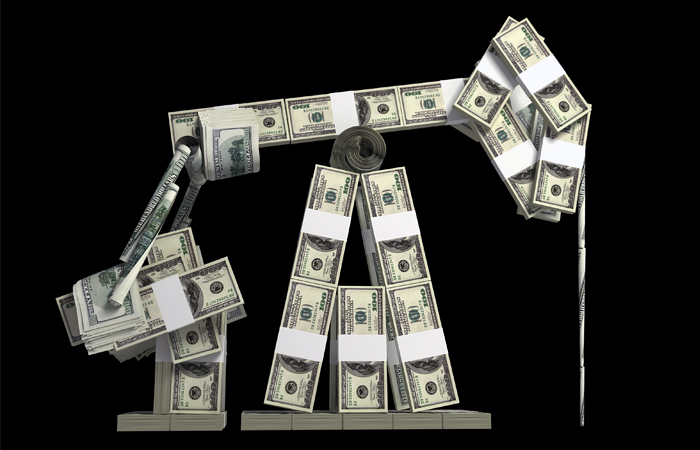 Moscow. April 15. Next Sunday in the Qatari capital Doha will host the meeting of Ministers of oil producing countries both within and outside OPEC, which should be solved a question about the freezing of production to stabilize the market.

The oil market is waiting for this meeting, like the New year. Traders boost oil prices, as the prices of Christmas decorations before the holiday, write analysts ‘ macroeconomic projections, as the plans for the next year, journalists try to find out the meeting details and the positions of the parties as children try to find out from parents what they will give.

And the phrase “freeze production” has become a holiday wish for “love, happiness and success in business” oil-producing powers.

Increasingly, however, sound evaluation, without freezing production price bottom in oil prices has passed, and the oversupply may leave the market in the second half of the year due to production cuts in the U.S. and several other countries.

Be that as it may, the positive scenario of the Doha meeting, is already practically played out in oil prices, but the failure may Brent to drop back below $40 per barrel.

The yield of the position

Preparations for the meeting began in mid-February, after Russia, Saudi Arabia, Qatar, and Venezuela has announced its willingness to freeze production in 2016 at the average level of January, when they will join other oil-producing States. However, the statement was not backed by documents, have any legal force: the four-party talks immediately noted that written resolutions need the support of at least the majority of OPEC countries.

Will there be signed this resolution, which period may be imposed a moratorium on the production growth, who will monitor its implementation – these issues and needs will be addressed at the meeting in Doha.

The initiator of the meeting is considered to be the Venezuela, as the country most affected by low oil prices. Its budget is 95% dependent on oil revenues, the cost of producing Venezuelan heavy raw materials is very high and the main buyer, the USA, began to produce oil itself. The head of Venezuela Nicolas Maduro in January sent the Minister of petroleum, Eulogio del Pino on a world tour to producer countries to agree on reducing production to support oil prices. It is Venezuela actively defends the position that the participants of the Doha meeting should agree on gradual stabilization of the market: first freeze production, and then its gradual decline.

In a similar situation in Ecuador and Nigeria. Nigeria had in February said that it would support the initiative freeze. Ecuador not only supported the idea further production decline, but also tried to win over Latin American neighbors: Colombia, Brazil and Mexico. However, so far unsuccessfully.

Saudi Arabia is also initially defended position on the need to reduce production by all producers of oil. All winter the market was excited with the information that Saudi Arabia has proposed that OPEC and Russia to cut oil production by five percent. The Saudis are concerned not so much low oil prices (the country’s budget comes from the $45 per barrel, and the airbag accumulated large), how many permanent growth of hydrocarbon production in Russia, the production of shale oil in the U.S. and, finally, the appearance on the market of a new competitor – Iran, is able to occupy a niche in Saudi Arabia in European and Asian markets. Therefore, agreeing with Russia, if not to reduce production, then at least about the freezing of growth rates, Saudi Arabia began to demand a similar approach from Iran.

Iran just this year came out of the sanctions regime prohibiting the export of oil to European and American markets. In January 2016, its production reached three million barrels per day, or about one million barrels less desanctions level. The country has set a goal for the year to increase production to four million barrels and become the second oil producer in OPEC after Saudi Arabia.

The Iranian authorities have repeatedly said that they intend to recover their share of the world market that was lost during the sanctions, although he admitted – for active investments in oil projects in the country needs a price of $50-60 per barrel. The country has expressed its willingness to join the moratorium as soon as production returns to desanctions level.

Similar is the position of Iraq. The head of the state company of Iraqi oil trade Falah, Alamri in April, said that his country fully supports the idea of freezing the production of other oil producers, but reserves the right to increase it before desanctions level. The words Iraq strengthened with concrete actions, setting in March, the absolute record for daily production of 3.5 million barrels.

Kuwait also officially announced that amidst the challenges the competitors will use the low cost of oil production on its territory, and by early 2017 will beat 43-year-old, coming on production at 3.16 million barrels per day.

Russia to cut production was not at all prepared. On our country’s European markets increasingly began to appear new players, for example, the same Saudi Arabia and Iran, offering more than cheap oil. To lose them for the sake of winning a few dollars in the price of Russia does not intend. In addition, there is concern that in the case of reducing production, the price of “black gold” could rise to $20-$30 per barrel, and it can revive most of the projects for the extraction of shale oil in the US.

So Russia has found a compromise the idea of freezing production at the level of January instead of the proposed reduction of production. This formulation allows Russia, on the one hand, to play on the rising cost of oil, and with another – to maintain the record production levels.

The latter method seems to have helped Russia to convince Saudi Arabia of the need to support the initiative of freezing the production, despite the position of Iran and Iraq. Now we have to convince the other participants of the meeting on April 17.

It is expected that a Doha deal would be approved by resolution. The initiators of the negotiations plan to cut it to four points: the maintenance of the January crude oil production levels, the duration of such a freeze, on monitoring the implementation of agreements and the further steps, when the validity of the freeze expires.

However, now the participants are trying to remember which month to take as a reference point for freezing: January, when production reached a peak in Russia and Saudi Arabia, or February, when the records hit Kuwait. And for how long you need to retain the moratorium on increase in production: until June, when they host the planned meeting of OPEC, or until October, as proposed by Russia.

You can argue about who and how will monitor the levels of oil production, should be part of the working group the representatives of all States participating in the meeting, or representatives only for the largest producers, and also about what to do with those who signed the resolution would violate the moratorium.

It is possible that after a long correspondence the text of the resolution may be of a General nature so that to interpret it unambiguously in support of freezing or refusal will be difficult.

Analysts also before the meeting but we should make cautious predictions about the degree of influence of a decision of the meeting on oil prices.

In Sberbank CIB believe that the likelihood of agreement on a freeze of production without Iran’s participation is 35%. Slightly less chance that Iran will agree to support the agreement after reaching desanctions production level.

In the review of the Bank notes that the positive scenario of the Doha meeting, is already included in the price of oil, although do not rule out that after a positive decision, the price of Brent could rise to $45 per barrel or even higher. The Russian currency can be strengthened at the level of 66 rubles per dollar.

A fundamental factor in the further development of events remains the production in the United States. “The main task in the future will be to hold the global supply at a stable level, since producers of shale oil in the United States can continue to produce at the current level and enter a halted drilling rigs”, – analysts say.

The chances of failure in negotiations, analysts of Sberbank CIB estimated at 20%. In this case, the quotes of Brent may fall to $35 per barrel or even lower, and the ruble to skyrocket up to 70-75 per dollar.

If it’s a done deal, the question is, how effective it will be, and as will be observed the agreement, BCS analyst mark Bradford. If it is a “gentleman’s agreement”, it is unlikely that the market will apprehend it with enthusiasm.

The analyst “VTB the Capital” Ekaterina Rodina does not expect that the outcome of the meeting will be signed any formal legal document that defines penalties in case of non-compliance. She believes that the Doha manufacturers can declare about the readiness to freeze the prey, and intention to monitor the market in the next few months for further decision making. “It is unlikely (at the meeting) be agreed to freeze production until the end of the year,” said Rodina.

Alexey Kokin from “URALSIB” predicts that at the meeting in Doha will “agreed to the ceiling of production for all participating countries”. If the country still agree cut production, oil prices can soar by 10-15%, he said.

Freezing production will push oil prices above $50 per barrel in the near future, with the overabundance of oil in the world in the second half of the year will decrease by 500 thousand barrels a day, according to Bank of America Merrill Lynch. If agreement is not reached, the quotes may fall below $40 per barrel, analysts believe the Bank.

The feast without a miracle

The participants of the meeting set themselves more ambitious goals. Both Russia and Saudi Arabia stated that the agreements should make the market more comfortable for both sellers and buyers.

Comfortable in the present conditions when the price of oil at $50-60 per barrel. The agreements about the freezing will allow already this year to balance the market: more oil for a while longer flow, and the growing demand for raw materials will absorb current surplus at 1-1. 5 million barrels per day. As a result, in the medium term 2017-2018, you can count on the price of oil at $60-$65 per barrel, said the Minister of energy of Russia Alexander Novak.

But while “oil diplomacy”, “the invisible hand of the market” is also not sleeping.

The decline in oil production is already underway in Mexico, Kazakhstan, Azerbaijan and Colombia. The production in the United States, according to official forecasts, this year will be reduced by 800 thousand barrels per day compared with the past. Now it has fallen below nine million barrels per day for the first time since October 2014.

Experts of the International energy Agency (IEA) indicate that the decision to freeze production by the main producers will have a limited impact on the balance of supply and demand in the first half. The potential for production growth in the OPEC countries, besides Iran, is limited, so the excess oil may leave the market already in the third or fourth quarter, I think in the IEA.

These factors will fundamentally support oil prices afloat, even if the Ministers of oil-producing countries won’t agree.

So the meeting in Doha could really be like a Christmas party for adults, who are all looking forward to a few months. But when he comes, there is a slight disappointment: the Christmas tree, feast, music, firecrackers – as usual, without a miracle.