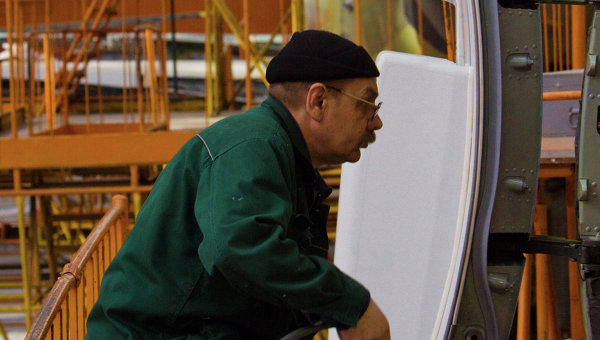 SAMARA, 18 APR. “Aviastar” will set the interior 13 of the SSJ100 aircraft in 2016, said the acting Governor of the Ulyanovsk region Sergey Morozov.

“Since 2012 “Aviastar” is the installation of the interiors and workings of systems of Sukhoi SSJ100. Last year, the plant passed 11 cars, this year will be transferred to 13 aircraft,” — said the acting Governor.

As reported in the press service of the company, since 2012, since the start of participation in the plant “Aviastar” in cooperation on creation of the Sukhoi Superjet, was established more than 50 interiors for aircraft. With the beginning of 2016 at the plant are installed in the interior of three aircraft.

Specialists of the company install on the SSJ100 aircraft passenger seats, kitchens, toilets, window and ceiling panels, Luggage racks, floor and carpeting, emergency lighting and required equipment, perform the lining of the door, equip the service area and wardrobes.

Sukhoi Superjet-100 (SSJ100) — the Russian passenger airliner, designed to carry up to 98 passengers on distance to 4,4 thousand kilometres. The first flight was made in may 2008, launched commercially in 2011. Going in Komsomolsk-on-Amur. The cost of the liner in the basic version, the catalog is about $ 36 million.