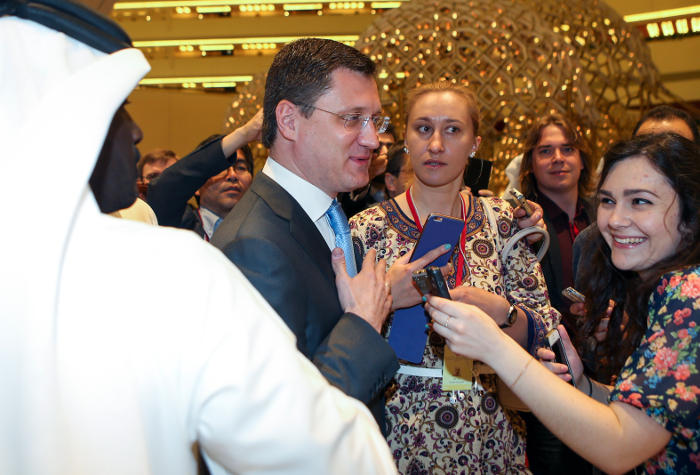 Moscow. April 17. The Secretariat of the meeting of oil-producing countries in Doha has prepared a draft agreement on the freezing of oil production, but several countries have changed their position and demanded the accession of all States – both within and outside OPEC, told reporters by energy Minister Alexander Novak.

According to him, the draft agreement was prepared and agreed by the four countries.

“Yesterday, the experts of the four countries prepared a corresponding document, it was agreed with experts from Saudi Arabia, Qatar, Russia and Venezuela, and included the freezing of oil at January 2016 in the period up to October this year,” said Novak.

“A very long time we discussed, and it was due to the fact that this morning a number of countries before the beginning of the meeting changed their position, and actually suggested that this agreement was carried out with the participation of all member countries of OPEC and the largest exporter outside OPEC, which today was not at the meeting”, – he said.

Novak said that the meeting in Doha was attended by 11 countries that comprise OPEC, and 7 countries that are not members of the organization, total production of participants represents almost half of the world.

The continuation of the negotiations about the freezing of oil production will depend, primarily, on whether the OPEC countries to agree among themselves, told journalists Novak.

“We will monitor the situation, let’s see how will be consulted, as will be agreed within OPEC. In our opinion, the ball is on the side of OPEC,” the Minister said.

The head of the Ministry added that the agreement still is possible. But the mood in this respect is more pessimistic than it was before the meeting in Doha.

“The opportunities are there. But given today’s discussion and the different points of view, and given Iran’s position, I think we won’t be so optimistic view on achieving these agreements,” he said.