“CHTZ-Uraltrak” asked the court to set a maximum equivalent of foreign currency one of the credit agreements with the Bank in the amount of 35 rubles per dollar and to convert foreign currency credit in that course. 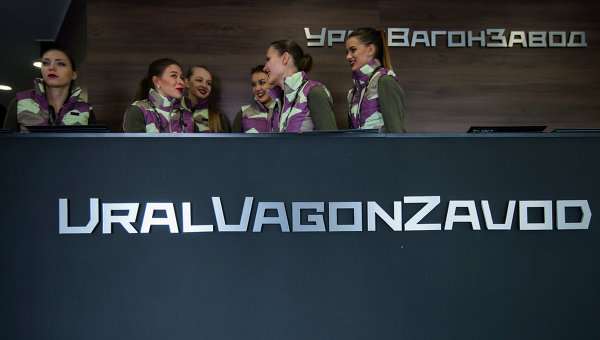 MOSCOW, 18 APR. The arbitration court of Chelyabinsk region did not take into consideration the counter-statements of a subsidiary research and production Corporation “Uralvagonzavod” (UVZ, Nizhny Tagil) — “CTZ-Uraltrak” as part of the case on the suit of Alfa-Bank about collecting from the structures UVZ more than 7.3 billion, and 30.2 million dollars, follows from published court rulings.

“CHTZ-Uraltrak” in one of the counter claim asked the court to set a maximum equivalent of foreign currency one of the credit agreements with the Bank in the amount of 35 rubles per dollar and to convert foreign currency credit in that course. In the second counterclaim, the company requested to invalidate the notification of the Bank on early termination of credit agreements.

Both counterclaims were filed with violation of the norms of Arbitration procedural code, in particular, the applicant has not paid the state fee in the full amount and not sent to the other party a copy of the counterclaim with applications. Because the violations were not corrected in the allotted court time — until April 7 — the court decided to return the counterclaims “CHTZ-Uraltrak” without consideration.

The arbitration of the Chelyabinsk region on Monday will hold another hearing on the principal claim of Alfa-Bank, in which he requires to recover from the defendants — borrower “CHTZ-Uraltrak” and its guarantors “Uralvagonzavod” and JSC “Technopark “tractor factory” — debt on six credit agreements with maturities in 2016-2017 ahead of schedule in connection with a breach of the obligations for servicing the loans and the deterioration of the financial condition of the borrower. One of these loans was granted in foreign currency. Alfa-Bank in March filed a motion to clarify the size of the claim. The new amount of the claim in the trial transcript is not yet specified.

Uralvagonzavod is the largest enterprise in the Russian tank engineering, a developer and manufacturer of freight wagons, gondola cars, cargo trucks, tanks. Fully owned by the state. Alfa-Bank in may 2015, reported that the total debt of the group companies to the Bank is more than 10.5 billion rubles and 72.2 million dollars, outstanding debt — more than 3.4 billion rubles.