“SUEK equips your company with the most modern and efficient equipment”, – noted the Director of production operations of JSC “SUEK” Vladimir Artemyev. 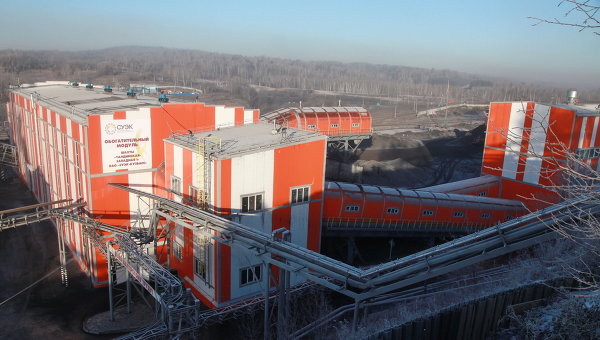 MOSCOW, 19 APR./strong>. On mine “kotinsky” JSC “SUEK-Kuzbass” came a Shearer Eickhoff SL900, the press service of the company.

“This is the first harvester of this type is supplied to mining enterprises in Russia. The harvester is equipped with the most advanced standards, includes video cameras, sensors, methane, vibration and the position of the harvester, a data transfer system for technological process visualization and automation system that allows you to copy the cutting process. All this makes it possible to achieve high performance and ensure a high standard of safety coal production at maximum accident-free work,” — said in a press release.

The harvester will be mounted in the lava with an average take out a layer thickness of 3.8 meters and coal reserves of 3.5 million tons.

“SUEK equips your company with the most modern and efficient equipment that meets international safety standards. Capabilities combine together with the updated downhole-transport complex will enable the mine-the lava stable to produce up to five million tons of coal a year”, — said the Director operations of JSC “SUEK” Vladimir Artemyev.

The press service reminds that the mine “kotinskaya” was commissioned in March 2004. Industrial coal reserves in the mine exceed 300 million tons. In the development of “Kotinskoj” Siberian coal energy company has invested more than ten billion rubles. The level of productivity in the mine “kotinskaya” firmly among the leaders of Russian and world coal industry.

JSC “SUEK” is one of the leading coal mining company, Russia’s largest coal producer, the largest supplier to the domestic market and for export.

Mining, processing, transport and service SUEK’s enterprises are located in seven regions of Russia. At the enterprises of SUEK employs more than 33 thousand people. Main shareholder Andrey Melnichenko (92.2 per cent).