Upon entering office, Alexander Mikheev noted that in the Russian engineering industry has accumulated many problems, especially with getting rid of technological dependence on foreign components. 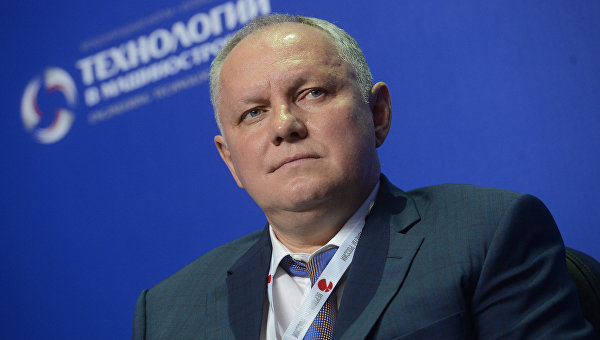 MOSCOW, 19 APR. The General Director of holding “Helicopters of Russia” Alexander Mikheev was elected Deputy Chairman of the Union of machine builders of Russia — in the organization he plans to oversee a number of projects, including the program of import substitution in the military-industrial complex, said Tuesday the press service of the company.

In turn, the General Director of a leading Russian producer of Russian armored vehicles – research and production Corporation “Uralvagonzavod” Oleg Sienko elected member of Central Council Bureau of the Union of machine builders.

As noted Mikheev, upon entering office, today in the Russian engineering industry has accumulated many problems, especially with getting rid of technological dependence on foreign components.

“Complex of measures, directed on realization of projects in the framework of an ambitious program of import substitution, will allow to take a worthy place in the global economy through the creation and export of high-tech products of domestic production” — are his words in the message.

One example of successful import substitution in the Russian helicopter is the newest helicopter Mi-38, collected entirely from Russian components.

Holding “Helicopters of Russia” (included in “rostec”) is one of the world’s leading helicopter industry, the only developer and manufacturer of helicopters in Russia. Buyers of the holding’s products — the Russian defense Ministry, interior Ministry, emergencies Ministry, the airline “Gazprom Avia” and UTair, major Russian and foreign companies.

The all-Russian organization “Russian engineering Union” (Soyuzmash) was established in 2007. The main directions of its work is the formation of the strategy of development of the industry, as well as participation in formation of mechanisms of active state policy to support national mechanical engineering complex at the level of leading countries of the world.