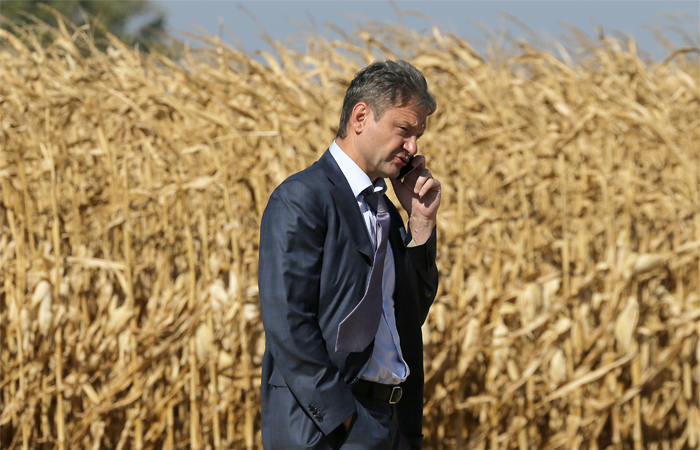 Moscow. April 20. The government has not established conflict of interest the Minister of agriculture of the Russian Federation Alexander Tkachev in connection with the business of his family.

According to the Ministry of agriculture, the response from the government indicated that the Minister’s letter of 11 January 2016 considered, the decision to admit in the line of duty the Federal Minister of the conflict of interest was not allowed.

Earlier it was reported that in January of this year, Tkachev has asked the government to assess the presence of a conflict of interest because his family owns an agricultural business.

The head of the Ministry of agriculture on January 11 has sent the government a notice of its consideration of possible conflicts of interest, said then in a press-service of the Ministry.

The notification was sent in the manner provided in 650-m by presidential decree, which entered into force on 22 December 2015.

“Agrocomplex” – the largest enterprise of Krasnodar region for the production of poultry meat. According to information on the company’s website, its structure is comprised of 40 companies in various fields: crop production, beef and dairy cattle, swine, poultry, as well as trading and processing companies.

In addition, the “agricultural complex” is a major owner of agricultural land. According to the website of the company for 2013, it owned 200 hectares of arable land. Last year the structure associated with the “Agro” (LLC “Kuban bacon”), acquired the assets of the agricultural holding Valinor. Assessment BEFL, in the end, the land Bank of Agrocomplex (including several deals for the purchase of land) could amount to 450 thousand hectares.