The aim of the competition launched by the Agency for the development of human capital in the far East is copying the best ideas and model solutions of land use. 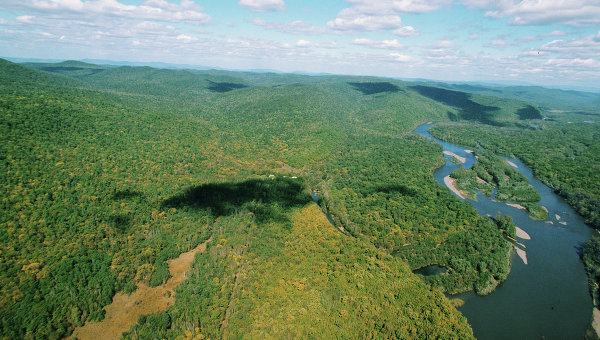 MOSCOW, 7 APR. Agency for the development of human capital in the far East (ARCC) on Thursday has launched its website a contest for the best business idea for development of the far Eastern hectares, said the Deputy Director General of the Agency Vladimir Gushchin.

The contest is supported by Ministry of the Russian Federation. According to Guschin, the competition advertised online. “The site already, there is a special section where you can download an application. All applications are sent for consideration to the organizing Committee,” said Gushin. According to him, the age of participants is 11 years. Applications can be submitted in all spheres of economic activity, which the authors consider it possible to implement on a hectare of land.

As follows from the conditions posted on the website of ARCC, the purpose of the contest is to replicate the best ideas and model solutions of land use. Applications will be accepted until July 1, 2016, the winners in different categories will be announced no later than August 10. The organizers plan to invite the winners of the fall East economic forum.

Gushchin also stressed that the Agency does not have the task to collect a Fund of fantastic concepts. According to him, the task of the organizers is to gather a Fund of applied, practice-oriented ideas. The Agency also plans to accompany the authors ideas, ready to implement these ideas. He also noted that the collection of business ideas will not end with the results of the contest. “This long-term program,” said Gushin.

“Twelfth of April, we expect that the law will be adopted in the second reading… And we hope that from 1 June 2016 we will start to provide these land plots on the territory of the Far East”, — said the Deputy head of the Ministry Sergey Kachaev.

According to the draft law on granting land to individuals in the far East, every citizen of Russia will be able once to get free land. Plot is available for five years. After this period, subject to the development of land you rent or own. The land must be free from rights of third parties and be in free circulation. Transfer of land to foreign citizens, companies or individuals without citizenship is prohibited. In the first reading the bill was passed late last year. The state Duma Committee on land relations and construction recommended the adoption in the second reading.