Former President of “Rosneft”, the owner of an Independent oil and gas company (NOC) Eduard Khudainatov appealed to President Vladimir Putin with a letter in which he indicated the willingness of NOCS to participate in the privatization of “Bashneft”. On Wednesday reported “Interfax” with reference to its sources and “Vedomosti” with reference to the publication a copy of the letter. According to “Vedomosti”, the letter Hudaynatova dated 30 March, 5 April, Putin put him on a resolution to “consider”. 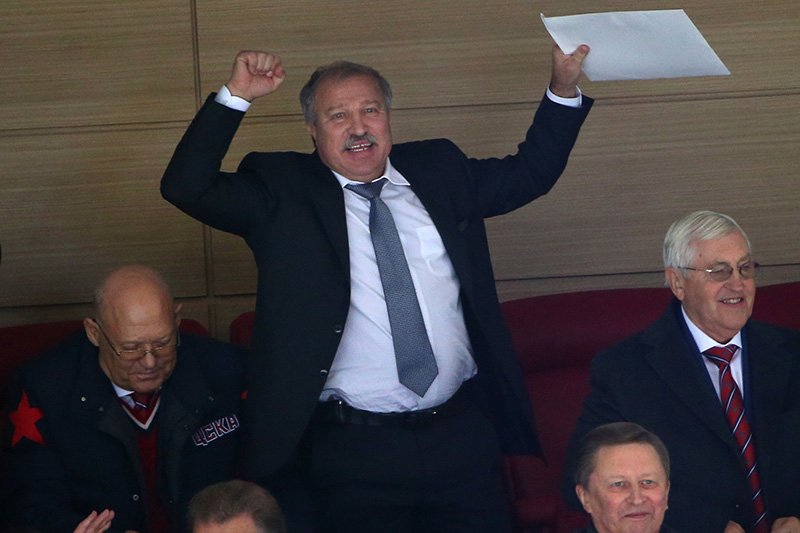 The former head of “Rosneft”, the owner of an Independent oil and gas company (NOC) Eduard Khudainatov March 30 wrote to President Vladimir Putin the letter in which has declared readiness to participate in privatization of “Bashneft”, reported on Wednesday “Gazette”. He proposes to oblige the acquirer to process the oil in the far East, where there are NOC refinery

Comment of press Secretary of Putin Dmitry Peskov at the time of delivery of the article could not be obtained. The representative of the NOC did not respond to calls .

In the letter, the Khudainatov proposed to include in the terms of privatization of “Bashneft” requirement to the purchaser to the company on the supply, refining and sales of petroleum products in the far East, the source told Interfax. In the European part of Russia there is now a surplus of production, processing and manufacture of petroleum products, whereas the resource base to meet the needs of the Far East is not enough, says the head of the NOC. Independent oil and gas company owns the Khabarovsk oil refinery and network of filling stations in the region and has the necessary capacity to enforce these conditions, the statement reads.

In mid-February of 2016 four — man Federal official familiar Hudaynatova and two sources in oil companies said that NOC is interested in buying Bashneft. But a source in the NOC was denied this interest, saying that the company has no funds for such a purchase, as the opportunity to borrow them for Western markets.

Applicants for Bashneft, which the government intends to privatize in 2016, now “at least four”, told “Interfax” one of the officials of the economic block of the government. According to him, not all of them — oil and gas company. “There are still bankers”, he said.

The government plans this year to sell 50% of shares of “Bashneft”, is one of the measures to cover the budget deficit. Can also be sold 19.5% of Rosneft shares, 10.9% of ALROSA and VTB as much. Finance Minister Anton Siluanov has estimated the potential revenues from the “big privatization” in 1-1,5 trillion rubles in the period of 2016-2017. 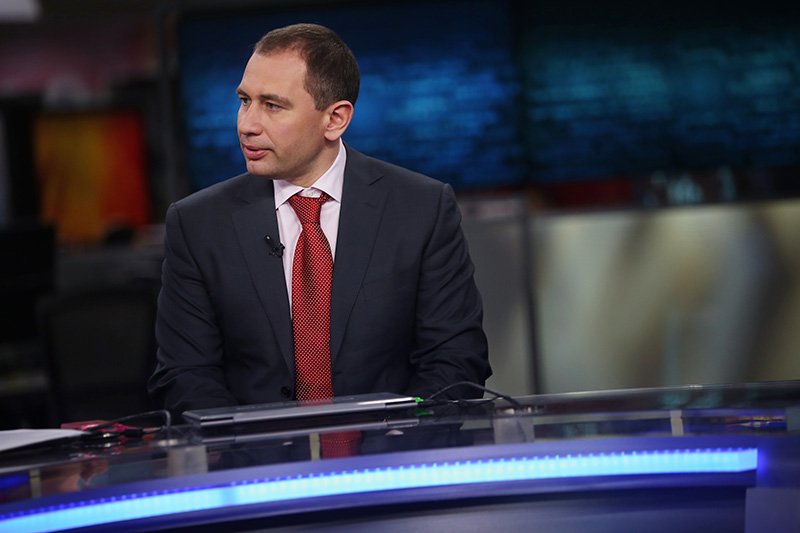 Sistema, which until December 2014 controlled Bashneft, has no plans to participate in the privatization of Bashneft, said on 14 April, the President of “Sistema” Mikhail Shamolin: “twice into one river do not enter”. “The system” was forced to return the controlling stake of “Bashneft” to the state court decision

Control in Bashneft moved to the state from Sistema Vladimir Yevtushenkov in 2014, according to the court, which recognized that the privatization of the oil company was illegal. In 2015 25.1% shares of Bashneft have passed from Federal ownership in the regional Rosimushchestva left 50,08%.

On Wednesday, the National oil and gas forum is the President and majority owner of LUKOIL Vagit Alekperov stated that the company is interested in buying the stake of the Federal government in Bashneft (50,08%). He noted that negotiations to buy 25% stake in LUKOIL Bashkiria does not lead, because the Republic is their package does not sell. 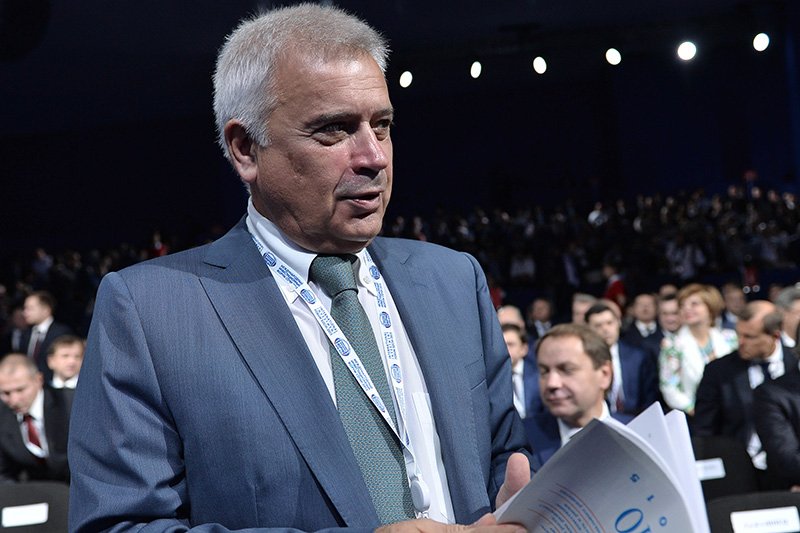 President of LUKOIL Vagit Alekperov 16 February declared interest in buying Bashneft. “If acceptable price and terms, in order for the company to become the operator (the owner of the controlling. — ) to manage the project, we are ready to participate in the purchase of an asset in competition”, — he said

The President of Bashkortostan Rustem Khamitov in February categorically rejected the possibility of selling the share of the region in oil companies. According to him, the dividends from “Bashneft” are an important source of income for the region. Two weeks ago, Khamitov said that the position had not changed and did not see the conditions under which a region would agree to sell.

Earlier, top managers of LUKOIL is not publicly talked about the company’s desire to redeem all of the state (Federal and regional) stake in Bashneft, but two Federal officials told that the company had expressed willingness to buy all of 75.1% of shares of “Bashneft” with a substantial premium to the market. “According to our forecasts, the premium can be up to 30%,” said one of the interlocutors . On Wednesday at 19:30 GMT 75% of shares of “Bashneft” cost on the Moscow stock exchange 362 billion rubles, or about $5.5 billion.

LUKOIL will not overpay for Bashneft, share price which is at its peak, said in early April Vice-President of LUKOIL Leonid Fedun. The Minister of economic development Alexei Ulyukayev said after a few days that LUKOIL will not be able to bring down the price and sell to a strategic investor is possible only at a premium to the market. According to him, the Bank consultant until the end of may will bring forward proposals on the methods of sale, price and potential buyers. Earlier, the press service of the Ministry of economic development reported that the organization of the sale of “Bashneft” will “VTB Capital”.

The President “Bashneft” Alexander Korsik last week suggested the government to sell 10% of the Federal block of shares on the stock exchange, retaining a strategic investor control of the voting shares. Alekperov, this scheme does not support. “Never through the market today, the government of the Russian Federation will not receive a prize package. Only the controlling package will give you the opportunity to sell the asset at a premium,” said he.

In February Forbes with reference to sources wrote that to participate in the privatization of “Bashneft” also like Yuri and Alexei Hominy, owns a number of small oil assets in Russia. Officially their representatives did not comment on it.

In March, “Vedomosti” reported another contender is the little-known company “Tatneftegaz”. According to her, Executive Director of the company, a former Executive of RussNeft Sergey Bahir wrote a letter to President Putin, in which he proposed instead the sale of “Bashneft” transfer in control “Tatneftegaz” for ten years, promising to pay to the Federal budget $4 billion and another $2 billion to the budget of Bashkiria. According to “SPARK-Interfax”, the Cypriot company is owned by RGF Investments & Energy Ltd, and its owner is Pivitol Holdings Ltd and Ristgu Ltd (British virgin Islands). The real beneficiaries of the company is unknown. 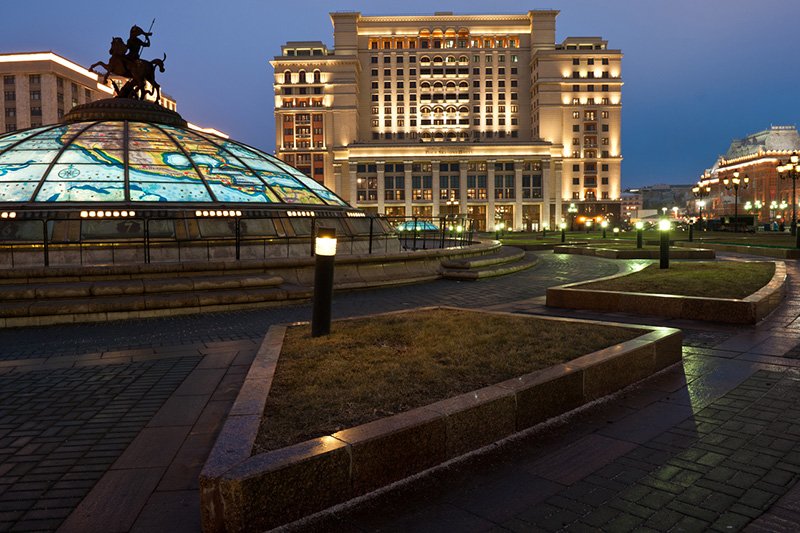 The owners of the Hotel “Moscow” Alexei and Yuri Hominy interested in buying shares in oil company Bashneft in the privatization, announced in mid-February, Forbes. Hominy previously had several deals in the oil industry for a total of $450-550 million

“It is wrong to buy the company for its money” — April 12, commented “to Interfax” the proposal the President “Bashneft” Alexander Korsik. According to Corsica, the government must demand from all potential strategic investors to disclose the beneficiaries. Wednesday, April 20, he repeated his concern that the company can buy it for “her own money”. “I’m afraid that some private investors will try to purchase “Bashneft” for the money “Bashneft” with all the consequences. Can’t say that there are intentions for sure, but signs that this may be the true purpose, they already have”, — he said. “Imagine, what could happen? Someone takes the money in private Bank buys Bashneft, then lays export flows for the next 10 years, returns the loan, and then, without spending a dime of their own money, trying anything to win. […] The company can lose very much, because when the debt burden, which need to pay the money that company is worth today, it will only pay off the loans, no money no development”, — said a top Manager. He suggested that as a protective measure, the state could retain “some control” in “Bashneft”.

According to the information of Corsica, now a real strategic investor-applicant for Bashneft only one LUKOIL. For the development of Bashneft preferred that it bought LUKOIL, as its management more integrated with the management of “Bashneft”, they have managerial synergies including through shared assets, confirmed a senior analyst of Sberbank CIB Valery Nesterov. The companies are jointly developing the Trebs and Titov oilfield (total reserves 271,7 million barrels.) in the Nenets Autonomous district since 2013, and in 2014 has created another joint venture “NC Vostok NAO” for search and production of oil in seven areas in the same region. NOC and a proposal to make the condition of oil refining in the far Eastern refineries could be cut off from participation in the privatization of “Bashneft” all the potential candidates except for NOC and Rosneft, which have factories in the far East. Thus “Rosneft” officially declared lack of interest in the asset. In addition, crude oil Bashneft in Primorye costly from the point of view of logistics, besides until recently the company had a surplus of own processing capacities (she had to buy oil on the market), Nesterov added.