The company reports that the Vice President and Executive Director of the company Pavel Fedorov leaves Norilsk Nickel after the successful completion of a three-year programme on the development and implementation of the new strategy of PJSC “MMC “Norilsk Nickel”. 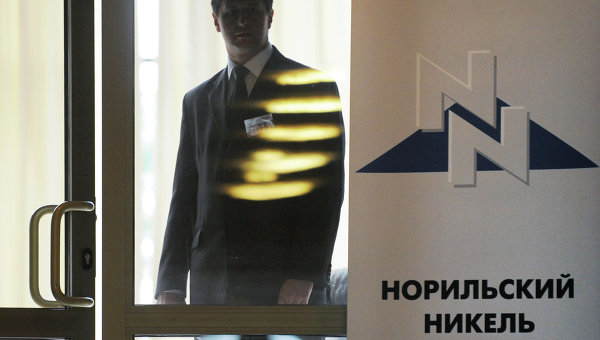 “In connection with the successful completion of the three-year program for the development and implementation of the new strategy of PJSC “MMC “Norilsk Nickel” first Vice-President and Executive Director of the company Pavel Fedorov terminates at Norilsk Nickel, said the company.

The President of the company Vladimir Potanin Fedorova thanked “for the work done in forming strategic priorities of the company and a great contribution to the improvement of business efficiency”.

“I am grateful to the team of Norilsk Nickel for the opportunity the last three years to participate in a comprehensive program of strategic change of business of MMC. This valuable management experience. I wish the company further success on the way to your goals” — are words in the message Fedorov.

Fedorov from June 2015 occupied the post of first Vice-President — Executive Director of Norilsk Nickel. Earlier — from 2014 to 2015 he was first Deputy General Director — Executive Director of the company, and before that worked as Deputy General Director for strategy and business development metallurgical company. In their professional activities Fedorov had also served as the Deputy Minister of energy of the Russian Federation, first Vice-President of “Rosneft” on economy and Finance and strategy and others.

Norilsk Nickel is a diversified mining and metallurgical company, the world’s largest producer of Nickel and palladium, a leading producer of platinum, cobalt, copper and rhodium. The group’s production divisions are located in Russia in Norilsk industrial region and on Kola Peninsula and in Finland. The largest shareholders of Norilsk Nickel are “Interros” Vladimir Potanin (30.3% stake), “RUSAL” of Oleg Deripaska (27,8%), Millhouse Roman Abramovich (5,5%) and “metalloinvest” Alisher Usmanov (3.2 per cent).