Russian billionaires Alisher Usmanov and Roman Abramovich were included in the list of the richest people in the UK, which publishes the Sunday Times. First took 10-th place, falling to six lines down, compared with the previous year. Second, a year ago occupied 10-e a place, was ranked 13th. 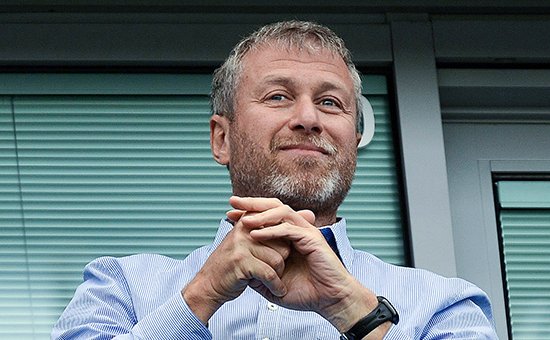 First place in the rating was first occupied by the brothers David and Simon Reuben. Their condition, which was increased during the year by 3.4 billion pounds ($4.8 billion), is estimated at 13.1 billion pounds ($18.8 billion). The Rubens — the natives of India who moved to the UK in the 1950s. They became famous when in 1990-ies became participants of the Russian “aluminium wars”. Currently their main activity is construction.

Second place was taken by brothers from India — Sri and Gopis of Hinduja with 13 billion pounds ($18.7 billion) earned in particular on real estate, Finance and the restaurant business. They are the owners of the conglomerate Hinduja Group.

Rounded out the top 3 richest people in the UK — born in the USSR and emigrated to the United States in 1978, the businessman Leonard Blavatnik. Its state – 11,59 billion pounds ($16,68 billion). He is the founder and Chairman of holding company Access Industries, which controls Warner Music Group and the world’s largest producer of polypropylene LyondellBasell Industries NV. Blavatnik is ranked first in the list last year.

The Sunday Times notes that the greatest losses were suffered by the owner of the world’s largest steel company ArcelorMittal Lakshmi Mittal. In 2008 he took first place in the list of the richest people in Britain with the greatest status in the history of the rating (27.7 billion pounds or $39,8 billion). Because of the crisis in the steel industry at the present time his fortune is estimated at 7.12 billion pounds ($10,23 billion) sterling that 2.08 billion pounds ($3 billion) less than in the previous year. Also large losses, draws attention to the publication, suffered brothers-billionaires Kerry and Francois Perrodo. Their state dropped by 42% to 3.35 billion pounds ($4,81 billion).