The Board of Directors of Norilsk Nickel at a meeting on April 27 decided to support the Olympic ski resort “Rosa Khutor”, reported the press service of “Norilsk Nickel”. The company said that the decision was made in accordance with the program of support of development of mass sports in Russia.

The Board of Directors decided that in the period of 2016-2017 years “Nornikel” will acquire the shares of Belfund Investments Limited for $250,5 million (the package is not disclosed). According to “SPARK-Interfax”, Belfund Investments Limited is registered in Cyprus and controls 99,08% of the company Sport invest, which is the 100% owner of LLC “Rosa Khutor”. According to “SPARK-Interfax”, the proceeds of the company in 2014 amounted to 1.96 billion rubles, net loss — RUB 16.8 billion (more recent data are not available). The representative of “Rosa Khutor” didn’t answer your phone .

For Norilsk Nickel’s non-core investment and plan expenses of $250 million — about 7% of the projected EBITDA of the company for the year 2016, said a senior analyst “Aton” Andrey Lobazov. But on the dividend stream of a company deal in the near future will not be reflected, he said. Under the agreement of shareholders “Norilsk Nickel” directs on dividends of 60% of the EBITDA (if net debt to EBITDA does not exceed 1.8). For 2015, the Board of Directors recommended to pay dividends of approximately $550 million.

The resort “Rosa Khutor” located in Sochi, in Krasnaya Polyana, and is the largest ski resort in Russia: 100 km of slopes, 10 hotels 1650 1700 rooms and apartments. According to the resort, in 2015, he was visited by 1.35 million people with a daily throughput capacity of 10.5 million people.

A source in “Interros said that the funds “Norilsk Nickel” will invest in the development of the resort. According to him, due to this “Rosa Khutor” will be built 23 km of new slopes and additional ski lifts, which will increase its capacity to 20 thousand people.

Investments of $250 million is the maximum cost of the development of “Rosa Khutor” for the next three years, said the representative of “Norilsk Nickel” Pyotr Liholitov. The program funding, he said, is aimed at the conversion of the resort from the Olympic to explore the development of new slopes and lifts, as well as the transformation of the resort into a year-round. “Nornikel” traditionally supports socially important sports project in Russia. Among the most well — PBC CSKA, the Russian football Union”, — he said.

According to Forbes, Potanin has invested in the construction of “Rosa Khutor”, about $2.2 billion, of which about $500 million of its own funds, the remaining amount was financed primarily by a loan to VEB (the size of the loan amounted to 72.8 bn RUB.). While on the maturity date of the moratorium, but from 2017 “Rosa Khutor” will have to start to repay the loan. The popularity of the resort allows you to begin service the debt, said a month ago, a Federal official involved in the Olympic discussion credits.

Deripaska, which, through the share of UC Rusal in “Norilsk Nickel” will be one of the owners of “Rosa Khutor”, also participated in the Olympic construction. In Sochi its structures owned LCD “Imereti”. It’s 3 thousand apartments, which during the Olympic games in Sochi athletes lived. According to VEB, the project budget amounted to 25.3 billion rubles., the loan VEB — 22.3 bn

As previously mentioned, due to the devaluation of the rouble last winter the demand for Christmas tours fell by 30%. But the demand for recreation in the country in 2015 has increased: according to the site Anywayanyday.com the share of Russian areas in the total demand increased to 36% from 20% in 2014. ticket Sales in Sochi for the new year holidays in the fall of 2015 increased by about 30%. In the winter season year, several tour operators began to buy blocks of seats on regular flights to Sochi, told marketing Director Travel Business Service Maria Konobeevo.

Who else owns real estate in Sochi 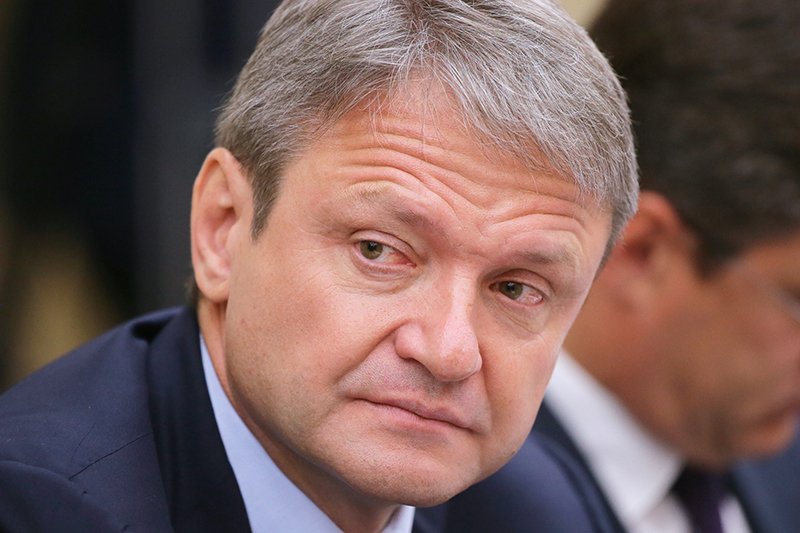 The ski resort “Gorki Gorod” was built for the Olympics-2014 in Sochi. On the website “hills city” indicated, that part of this resort consists of 7 luxury hotels on 996 rooms, ski complex “Gornaya Karusel”, which includes 25 km of ski slopes with an area of 1.5 million square meters and a five-level shopping and entertainment center.

The total cost of this project was 70.3 billion rubles, of which 52 billion – credits of the Bank.

In October of last year, Sberbank, owning at the time of this asset, put it up for sale at a price of 35 billion rubles. the Only company that participated in the auction, turned out to be of the “Spa plus”. Earlier, citing its sources wrote that the buyer of the resort is the structure close to the Minister of agriculture Alexander Tkachev.

In October Forbes, citing a source, wrote that the resort “Gorki Gorod” was bought in the calculation of the opening in Sochi a gambling zone. In July last year, the President of Russia Vladimir Putin signed amendments to the Federal law “On state regulation of gambling business”, which provide for the creation of a new gambling zone in Crimea and transfer of the gambling cluster in the Krasnodar region from under Anapa to Sochi. Then wrote that one of the most likely places, which will house a new gambling zone, is complex “Gorky Gorod”. The interlocutor of “Vedomosti”, the owner of one of the hotels in Sochi, told the newspaper that discussed the issue of establishing a casino in “Gorky Gorod”.

Two hotels instead of one to Viktor Vekselberg 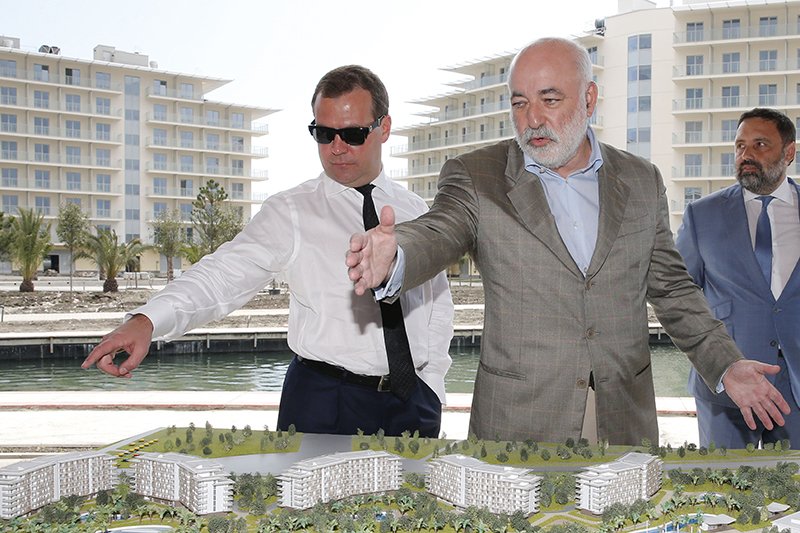 The hotel Azimut Hotel Sochi 3* (2880 rooms is a 10-minute walk from the race track Formula 1 and the Olympic Park, the site says booking.com. The hotel has five outdoor pools, shops, gym, tennis courts, Playground and a kids club.

Originally the site of Azimut Hotel Sochi resort, the former owner of the Cherkizovsky market in Moscow Telman Ismailov planned to build Russia’s largest complex of premium hotels. But in 2010, “the Group AST Ismailov disappeared from the list of Olympic investors, and to build a hotel on the site designed Ismailov suggested the billionaire Viktor Vekselberg. The construction involved in structure “Renova” company “Top-project”. Several times the operators at the hotel were varied, and only in 2013 was signed the contract with the current operator of the chain Azimut Hotels Alexander Klyachin.

The area that got Vekselberg under construction, has been divided into two parts by a secondary road along kurortnyi Avenue, which passed along the coastline, wrote Forbes. So in the end, the businessman had to build not one, but two of the hotel complex. Investments in these facilities amounted to 16 billion rubles.

In may 2015, one of the four star hotel complex of 720 rooms was closed and transferred to specially created in Sochi center for children. 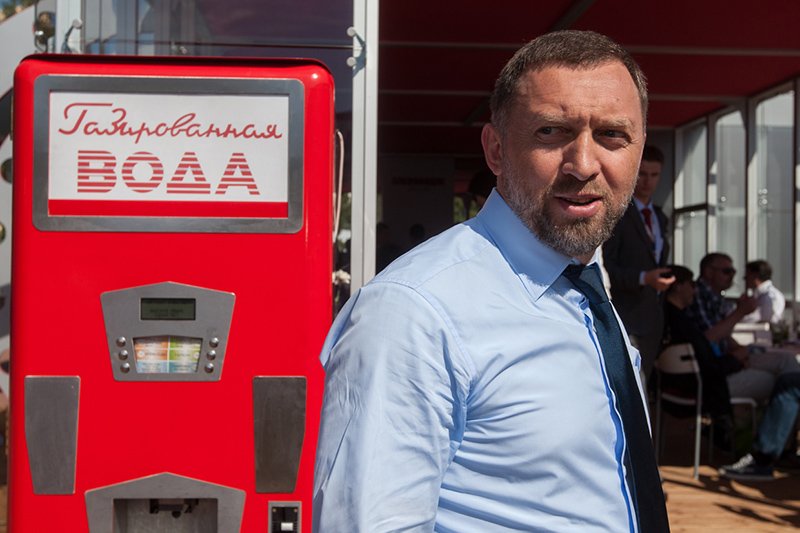 The construction of the resort area engaged in “Basic element” Oleg Deripaska. In 2007 the company planned to invest in the project “Imeretinskaya Riviera” $2 billion, wrote “Vedomosti”. This project was supposed to be one of the largest in Russia. Then “Basic element” was going to build more than 1 million sqm of real estate, including objects of trade, exhibition and Convention halls.

In 2014, Forbes wrote that the “basic element” Deripaska invested in the Olympics a total of RUB 44.2 billion He overhauled the city’s airport, built the main Olympic village and the cargo port of Imereti. 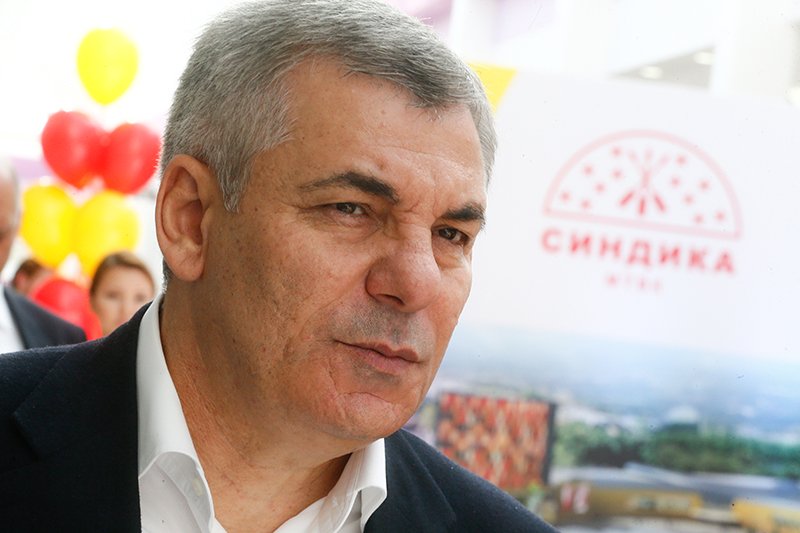 Radisson Blu Paradise Resort & SPA Sochi – is a five-star hotel with 508 rooms, is located ten kilometers from Sochi airport. “Arfa Park Hotel with 150 rooms is located near the theme Park “Sochi-Park”, the Olympic village and the Olympic Park with the Formula-1 circuit.

The owner of both hotels is the founder of the holding company “Sindika” Arsen Kanokov. In November 2015, in an interview with “the South” Kanokov said that in the Radisson he has invested 8 billion rubles and plans to invest another 2 billion Extension of the Congress hall, the construction of the Park, he estimated in 500 million roubles In the “Arfa Park”, according to Kanokov, has invested about 2.5 billion rubles.

Initially both hotels had to build a “Boarding house of rest of “Chernomorets” together with company founder of PIK group Yuri Zhukov Klever Asset Management, wrote Forbes in 2014. However, in 2012, the land lease contract this investor in the Imereti lowland was declared invalid at the suit of municipality of Sochi.