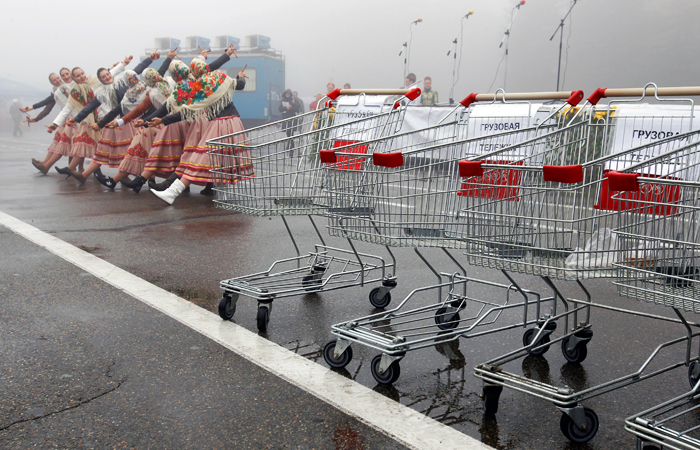 “Today we have consumption in light industry for certain types of products declined more than 20 percent. We have dropped the retail and changed the structure of consumption: in the forefront of the food products (51%) in February, we received the consumption of food commodities – such a long time was not, it speaks of the crisis of consumption”, – said the Golodets at the meeting of the Russian trilateral Commission on Friday.

According to her, this is the most important deterrent to the development of the economy.

She also stated the undervaluation of labour in Russia.

“Our work is undervalued. That is why it was decided to raise the minimum wage up to 7.5 thousand rubles”, – said the Golodets.

“Having received secondary General education, the person receives 7.5 thousand rubles. Where such a work? These people have two million people. Colleagues, there are distortions that need to really study without correcting these distortions we will not be able to move forward,” he added.

Earlier, on 19 April, Russian Prime Minister Dmitry Medvedev said that the government intends to raise the minimum wage on the first of July to 7.5 thousand rubles.