Military parade on red square, devoted to the 71st anniversary of the end of the great Patriotic war, will be the most modest in the last three years. This also applies to the number of equipment, and organizational costs.

Anniversary without a scope

The largest, since 1991, was the Victory parade in 2014: nearly 150 units of ground equipment, 69 aircraft and helicopters. Also with the scope of the celebration of the 69th anniversary of Victory was held in 24 Russian cities, including Sevastopol. “The annexation of Crimea had to celebrate — so noted”, — says military expert Pavel Felgenhauer.

In celebration of the anniversary of the Victory in the 2015 equipment was even more: the Red square, left 193 units of military equipment, including the latest Russian military-industrial complex — tanks T-14 on a tracked platform “Armata”. In the walking part was attended by 16 thousand servicemen and representatives of nine countries. In the sky above the capital there were 143 aircraft and helicopters, including su-35.

In 2016, the defense Ministry said the parade 10 thousand military personnel, 71 aircraft and a helicopter and about 100 units of ground equipment.

“The parade with military equipment is a serious money — says military expert Mikhail Khodarenok. — On the 70th anniversary of the Victory such expenses were justified”. In his opinion, reducing the number of equipment and personnel by 10-15% will not cause serious issues — this time not because of the anniversary date.

The main place in the skies over the capital on May 9 will take the aircraft distinguished themselves in the Syrian campaign. Over red square will fly a Sukhoi su-24 and su-34, su-25 multi-role fighters su-30.

Decoration air part of the festival will be the latest fighter generation “4++” su-35, which showed itself for the first time in Syria. Four of these aircraft still are on combat duty on the basis of Hamim in Latakia and escort the remaining bombers during sorties.

Will appear in the sky over Moscow and strategic aviation — Tu-22, Tu-95 and Tu-160. In Syria, the bombers made only 180 sorties (a total of videoconferencing has made 9,5 thousand sorties). However, the military departments it is necessary to show the importance of such aircraft in the air group, said Khodarenok.

Separately will fly attack helicopters, which the Russian Armed forces were using in Syria. Ka-52 and Mi-28N appeared in Syria after the order of Vladimir Putin on the withdrawal of troops. Since then, fighting vehicles took part in the attack on Palmyra.

For the first time on red square will be the columns of the newly created Air and space forces (VKS) and the national guard (Resguardo). Videoconferencing will be presented to cadets of the air force Academy named after Zhukovsky and Gagarin and Military space Academy named after Mozhaisky. Earlier, the cadets included in the column coming apart of the air force (air force) and VVKO (Troops aerospace defense). It is from these types of troops were formed, and videoconferencing.

Under the banner of Regardie will be held division of the operational purpose of the MIA of Russia behalf of Felix Dzerzhinsky (ODON). The unit along with other parts of the MIA became part of national guard troops, according to the decree of the President of Russia of April 5, 2016.

A separate system will walk female soldiers. The column will be girls from the Military University of the Ministry of defense and the branch of Military Academy of material support named khruleva — Volsky military Institute.

Technical innovations in the parade will be a little. The armored cars “Tiger-M”, which lead modern armored vehicles more than five years, will appear with the new combat module “Crossbow-DM”. It consists of machine guns “KORD” (12.7 mm) and PKTM (7.62 mm), as well as four smoke grenade launchers.

For the first time in the parade will participate modernized military transport aircraft Il-76MD-90A. As of may 2016, made six such aircraft, and only two are available to the Russian military. The cost per copy was 3.5 billion RUB From old versions of the Il-76 different wing shape, powerful engines, reinforced chassis and improved electronics. 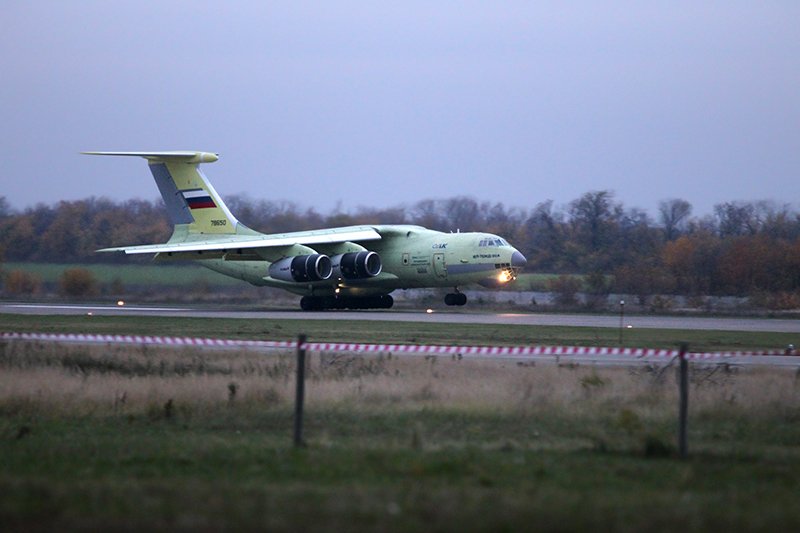 How much is spent

209,7 mln rubles — this is the total amount of the tenders announced by 30 April for the celebrations on red square to mark May 9, the data of the procurement website. While this figure is four times smaller than similar spending in the past year. Then Department has spent on the organization of the military parade and concert 810 million rubles However, it is to draw a conclusion about whether to save the parade this year, too early — not all the contests for activities completed. But the last large tenders of the Ministry of defense cost and research management of the operation of higher authorities” (the structure of the Administration of the President) more than last year.

The most expensive item in the organization of the parade — transportation of military personnel who will participate in it. The initial price of the contract, which the war Department was ready to pay this year — space of 158.7 million rubles, the final cost of the execution of the works is still unknown. The documentation for the purchase is that the contractor will need to carry not more than 12 thousand people per day and to use up to 3 thousand buses on 40 to 50 minibuses with 16 seats and up to 50 cars Executive and business class. The winner of the tender was the company “Financial house”.

Last year, the transport personnel also became the most expensive item of expenditure for the parade. The winner of the tender, the company Albatroses”, had to move 3 thousand more than this year, but the payment of the contractor’s services cost the Department nearly 32 million rubles. cheaper — 126 million rubles.

More expensive in 2016 was a rehearsal at the suburban landfill Alabino. For services on the articulation and rehearsal of parade of the FSUE “Russian broadcasting network and alert” received 3.7 million rubles last year, a similar work was worth less than 300 thousand rubles.

The tender was in the form of procurement from a single supplier AFP, OOO, as in the past year. But here the amount increased. Last year the decoration of red square and Vasilevsky Descent cost the budget of 26.1 mln RUB.

This year has not yet held a tender to host the concert in honor of the Victory in the great Patriotic war on red square. At carrying out of the anniversary concert became one of the most expensive items in the budget of the holiday. The concert “Roads of Victory”, which began on red square from the passage of the bikers club “Night wolves”, a cost of Administration of the President more than 200 million rubles.

Two contracts for the broadcasting and telecasting of the parade and concert were worth in 2015 for 108 mln, they got VGTRK and “the First channel”.

Last year was also procured the service of dispersal of the cloud value of 107 million rubles. this time, the government-funded Expertation” has had only a contest for “Meteosat” 1 may 2016, and its value amounted to 86 million rubles.

Another important item of expenditure on the 70th anniversary of the Victory became Souvenirs. Then the government spent of 43.3 million rubles for gifts for the members of foreign delegations in the parade was attended by about 30 heads of foreign States. Food to foreign military units that participated in the parade, at a cost of 16.3 million rubles On red square in honor of the anniversary were units of the armed forces of Armenia, China, India, Serbia and other countries. This year, the defense Ministry announced on the participation of foreign military in the parade.