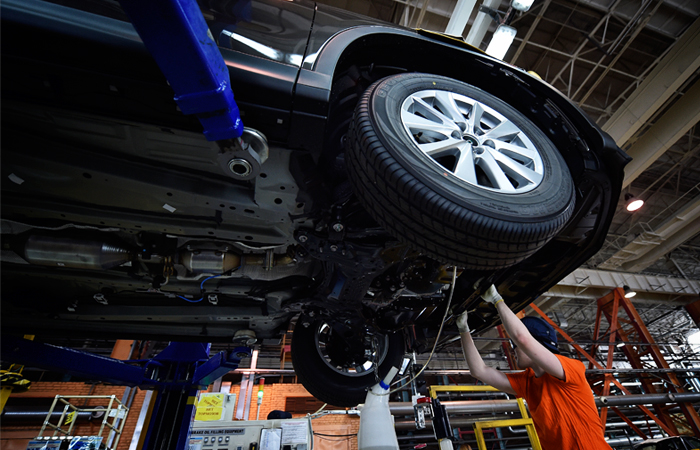 Moscow. May 6. Serious growth of demand in the Russian automotive market can be expected, “Vedomosti” reports with reference to the BCG report. If several years ago it was predicted that by 2020 the market will reach 3.5-4 million cars a year compared to 1.5 million in 2015, now is 1.9 million vehicles in the baseline scenario. The main causes of the projected low oil price, weak national currency and so on.

Similar Outlook and gives PwC – 2.2 million vehicles in 2020. Sollers predicts that by that time in Russia will be sold less than two million cars.

BCG believes that it can be closed three to six plants from the existing two dozen. At risk “producers, does not have strategic interests in Russia, with a focus on business development in other BRIC countries”, and also relatively recently started its production, the report said.

The Ministry of industry and trade, “Vedomosti”, with apocalyptic predictions do not agree. “We believe it is more likely the gradual recovery of the markets in the short term” optimistically, the representative of the Ministry. But the specific prediction he gave. “Subject to the timely and competent support,” through their own efforts of companies, as well as through the export, you can save all the major automotive manufacturers in Russia, says the official.

Need to aggressively increase its exports to far-abroad countries, says BCG. Relatively open and growing markets are Middle East countries. For example, in Iran, sold a million cars a year, and in Saudi Arabia – 0.6 million In Africa now low sales – 0.6 million cars on the continent, but high growth potential. Separate models can be supplied even in Europe. For example, Kia Rio is not available there. And this model would be in demand in the UK, Italy, Spain and France, indicated in the report.

For aggressive export promotion “there are fundamental factors, including currency benefits and the quality of the development of autos, is able to deliver a competitive product,” says the representative of the Ministry of industry and trade.