Included in “rostec” United instrument Corporation (UIC) has developed “small-sized jammer” flush protection of high-ranking officials, according to the website of the defense industry.

“Transmitter integrated into a small “briefcase”, can be easily transported and does not attract the attention of strangers”, — stated in the message. 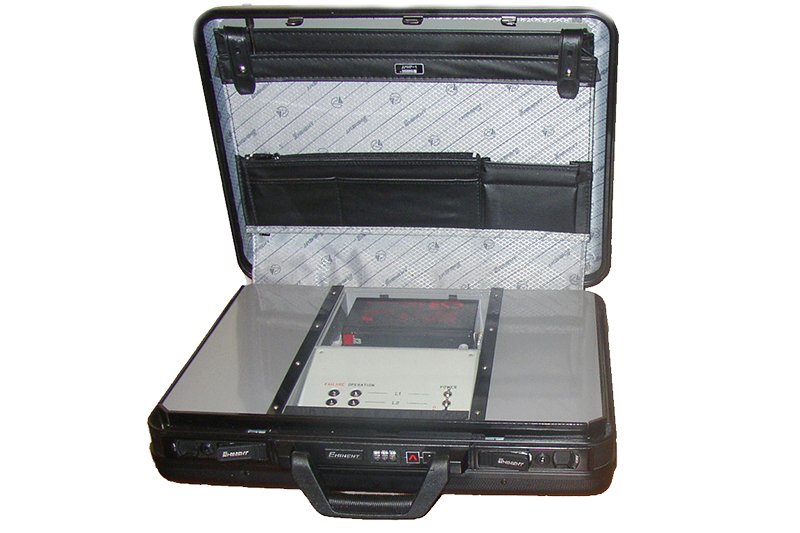 Mounted in case the instrument is capable to block the lines of communication and control in all ranges, including the GSM network, the report says. The transmitter can also be used to prevent confidential information leakage: in closed negotiations product “covers the hood” the room, by blocking the action of listening devices, said the defense industry.

In addition, the equipment is capable of preventing the triggering of radio-controlled explosive devices within a radius of several tens of meters. “Case” blocks radio signals that may trigger the detonation of an explosive device, including during mine clearing sappers charge. The instrument may be used to ensure the safe movement of the first persons of the state and prevent acts of terrorism in places of a mass congestion of people, the report says the Corporation.

The device was designed for civilian, not military needs, said the representative of the defense industry. As software developer is JSC “Concern “Sozvezdie”, which is part of the defence industry, he added. The company declined to disclose the size of the investment, as well as customers of the device and the number of products sold.

In March, wrote that the defense industry within two years will develop a system for the protection of military and civil objects with the use of drones. The system will consist of three helicopter-type drones, fiber optic cable and control room with computers to process information, said the official representative of “Rostec”. The initial price set for customers will amount to RUB 10 million investment in the project, the Corporation does not disclose.

United instrument manufacturing Corporation is 100% owned by Rostec, is its CEO Alexander Yakunin. The company was founded in 2014 on behalf of President Vladimir Putin “About creation of joint holding companies in the field of electronic industry”. OPK combines more than 60 companies and research organizations in the electronics industry. The task of the MIC is a translation of the Russian Armed forces to digital communications systems, automated control systems, etc. According to base “SPARK-Interfax”, the company’s revenue in 2014 amounted to 154.5 million rubles, and in 2015 — about 763 million rubles.