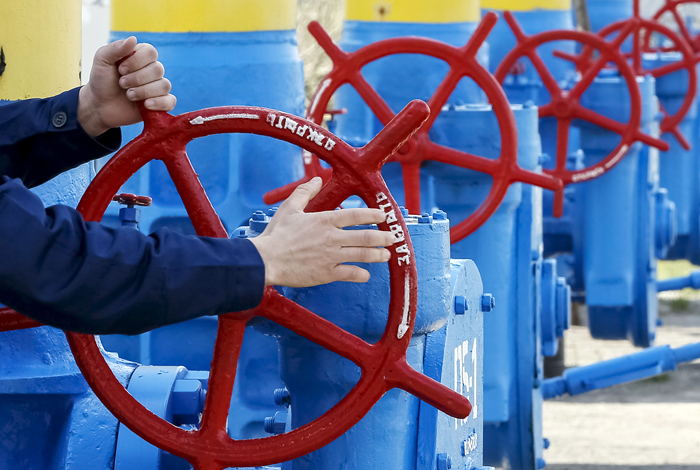 Moscow. May 18. “Naftogaz of Ukraine” has not received from “Gazprom” gas at the entry points of the TCA beyond the control of the Kyiv authorities territories and does not intend to pay, reported the press service of the company.

“Naftogaz of Ukraine” buys gas from “Gazprom” from November 2015, and before that imported gas solely through the entry points of the GTS on the territory controlled by Ukraine. All bought “Naftogaz” of gas volumes taken into account by the parties and paid by “Naftogaz”. The company expects a decision on all mutual claims existing between “Naftogaz” and “Gazprom” contracts will make arbitration”, – is spoken in the message of the NAC, in a statement on Wednesday.

The company noted that Gazprom offered to Naftogaz to pay $670 million for gas supplied by the Russian company in the uncontrolled territories of Donetsk and Luhansk region from February 2015 to April 2016.

“Naftogaz of Ukraine” does not accept the gas contract with “Gazprom” at gas metering stations (GIS) Prokhorovka and Platovo. Data on supply of gas through said GIS cannot be used in the preparation of acts of delivery-acceptance of natural gas and, accordingly, the volume of gas not subject to the payment of “Naftogaz” – said the press service.

According to a press release, in January 2016, the European Commission and Ukraine has offered the Russian side to hold talks on the settlement of violations by Gazprom of Ukrainian legislation and EU legislation. “So far the Russian side has shied away from negotiations. “Naftogaz” remains open to discussion of all controversial issues”, – noted in the NAC.

In February 2015 the self-proclaimed Donetsk and Luhansk people’s Republic said that Ukraine had stopped the gas supply on the territory of the DNI and LC.

After that, the head of the Russian government Dmitry Medvedev instructed the energy Ministry and Gazprom to organize the supply of gas to South-East Ukraine as humanitarian aid.

On Tuesday, may 17, Gazprom published its latest quarterly report, in which the amount of the debt for gas supplies for the first time put gas deliveries “Naftogaz” and the direct supply to the South-East of Ukraine. At present, the amount of the claims of “Gazprom” in a suit filed in the Arbitration Institute of Stockholm chamber of Commerce, is $31,75 billion.