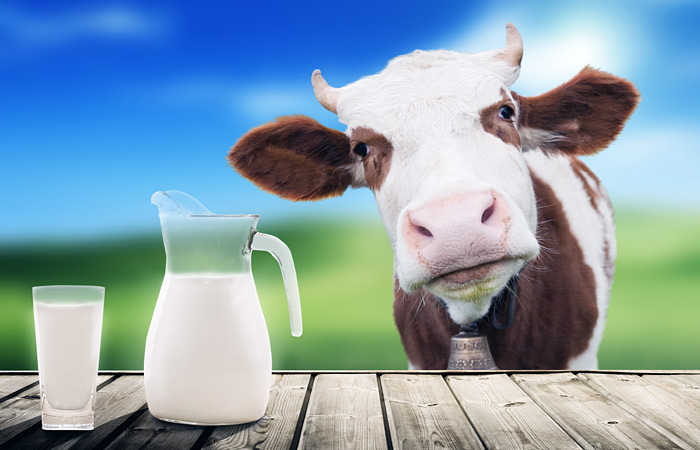 Moscow. May 23. Milk production in all categories of farms of the Russian Federation in 2016 can significantly decrease and be below the psychological level of 30 million tons.

As reported in the analytical report of the National Union of milk producers (Soyuzmoloko) and MilkNews, which read “Interfax”, has developed two scenarios of development of the industry this year. According to the optimistic, with the resumption in growth of the Russian economy and improving consumer demand, milk production in farms of all categories will amount to 30.1-30.2 million tons, almost two percent less than in 2015.

It clarifies the experts, the private sector will reduce milk production by three to five percent that will make about 600 thousand tons, farmers and individual entrepreneurs – will increase by four to five per cent (about 90 thousand tons). In agricultural production, most likely, will remain at the level of 2014-2015.

At the same time, the conservative scenario provides for the reduction of milk production in agricultural enterprises. This figure is projected at two percent. “As a result of the volume of milk production in all categories of farms will decrease in 2016 is more important and could overcome the psychological barrier of 30 million tons”, – the authors of the document.

This scenario will be implemented in the case, if maintained, current trends in the industry, they say.

The report notes that this year will stop the influence of several factors, which in previous years contributed to the growth of milk production. This, above all, the growth of prices for raw milk. “If in January 2013 the average price in Russia amounted to about 15.4 rubles per 1 kg in January of 2015 it rose to 21.1 rubles (37%), which allowed to increase the intensity of production. In the result, the average productivity of cows in agricultural enterprises increased to 4 841 kg per year, in the farms – 3 to 450 kg,” explains the report.

In addition, grants provided to new farmers, contributed to the transition of farms to the status of peasant (farmer) farms, which also contributed to the improvement of their financial condition and the efficiency of production.

“However, a significant increase in the cost of production in late 2014 – early 2015 in connection with the devaluation of the ruble, not backed by a corresponding increase in purchase prices for milk, the “freezing” of existing and lack of new investment projects in dairy cattle breeding has led to decrease of profitability of milk production and processing, with the result that farmers are forced to look for ways to reduce the cost of the manufactured product, the report says. – Most likely, it will lead to decrease in productivity of cows that will be a cause of lower gross yields”.