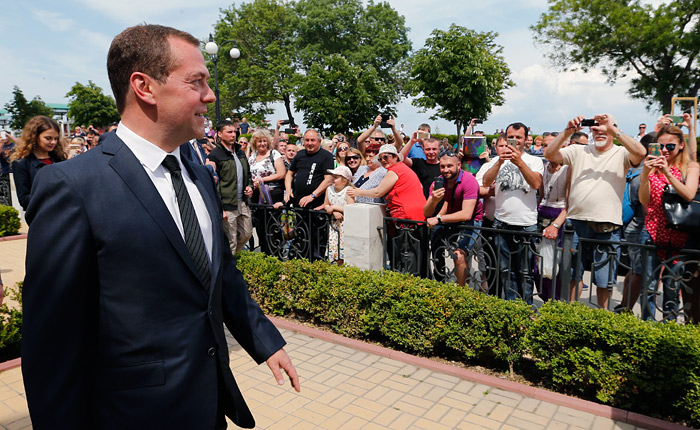 Moscow. May 24. The decision about the next indexation of pensions in Russia has not taken money for it yet, said Prime Minister of Russia Dmitry Medvedev.

On small pensions the head of the government complained the inhabitants of the Crimea, which the day before Medvedev spoke during a trip to Feodosia.

“Indexation, it is nowhere, we didn’t take any, just no money now,” – said Medvedev.

He promised Crimeans: “we Find the money, do indexing”.

At the same time Medvedev stressed that “pensions will be engaged throughout the country, we can’t do (indexation) of pension only in one place.”

In late April, Russian President Vladimir Putin reported that the Russian government will be able to return to the issue of indexation of pensions to working pensioners for the fourth quarter of 2016.

Earlier, labor Minister Maxim Topilin noted that the execution of the budget of the Pension Fund of the Russian Federation will in the second half to solve the issue of indexation of pensions in full.

According to him, despite the fact that the decision is still pending, there is some reason to hope for a positive development of the situation.